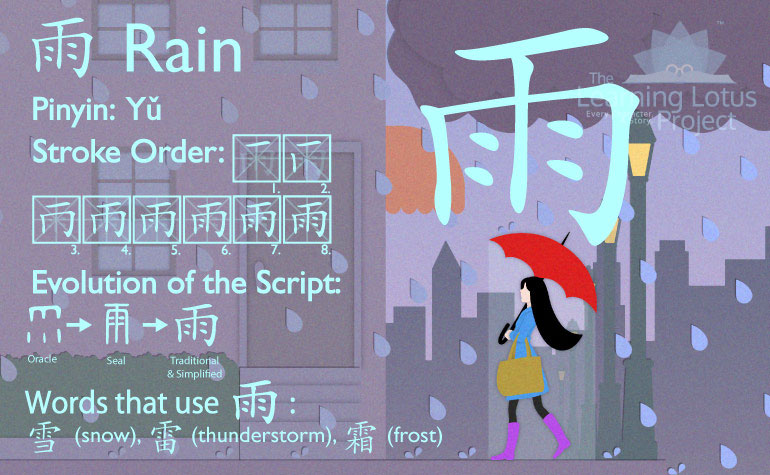 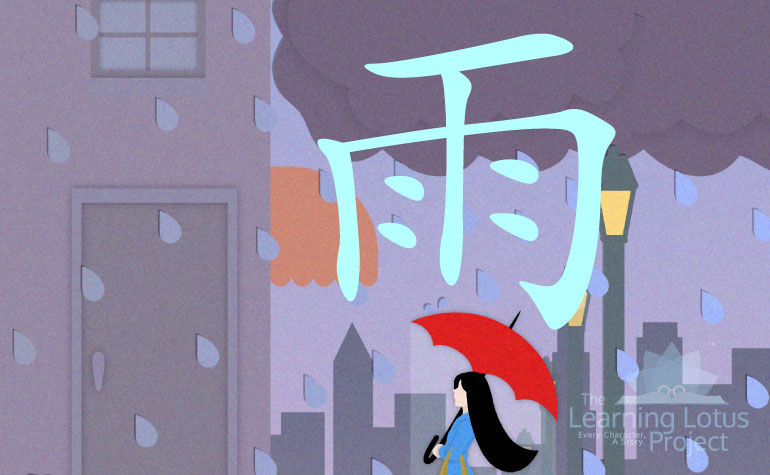 There are very few differences between the current character 雨, and it’s pictographic Oracle Bone form. It is easy to see, in both forms, their similarities to rain clouds; the horizontal line representing the clouds and the vertical strokes and dots depicting droplets of rain. 雨 is yet another great example of a Chinese pictographic radical.

China is the worlds largest adopter of cloud seeding, a controversial weather modification technique. In China, specialized anti-aircraft guns and rocket launchers are used to seed clouds and induce rain over arid regions for growing crops and in cities to reduce pollution.

雨 is both a word and a radical. 雨 is used as a component in other words, many having to do with weather, such as: 雪 (snow)，雷 (thunder), and 霜 (frost).