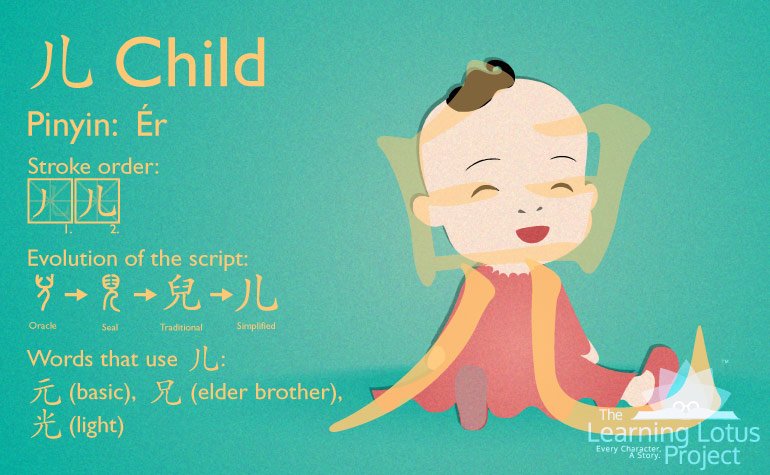 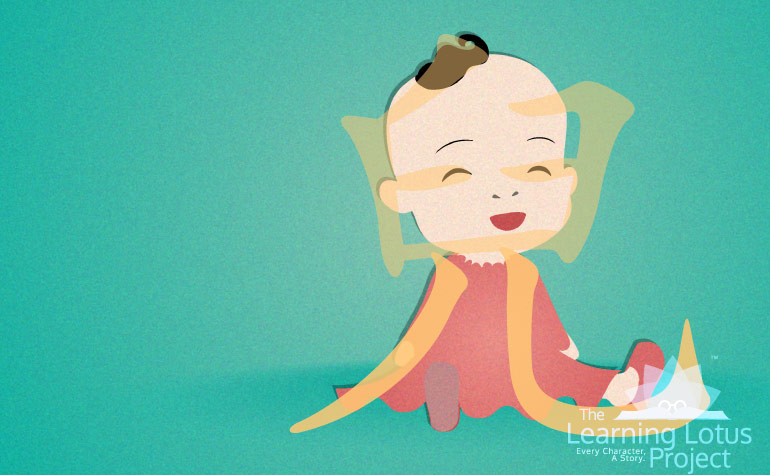 The early written forms of 儿 depict a child with a fontanelle, the soft spots in the skulls of an infant. This attention to anatomical detail makes 儿 an excellent example of a pictograph.

A tale from the Tang dynasty illustrates the varied meanings of 儿. In the tale, a woman was arguing with her neighbor over who owned the cat saying: "若是儿猫，即是儿猫； 若不是儿猫，则不是儿猫," (Ruò shì er māo, jí shì er māo; ruò bù shì er māo, zé bù shì er māo): “if this is a male cat, then it is my cat, if it is not a male cat, then it is not my cat.” In the phrase, the 1st and 3rd usage of 儿 mean “male;” while the 2nd and 4th usage of 儿 mean “myself.” However, her neighbor misunderstood the sentence and thought the woman was referring to a “young cat." The neighbor shared that she too owned a young cat and took the cat. When a bystander corrected the neighbor, they checked and saw that the cat was indeed male and belonged to the woman.

儿 is a common radical found in words such as: 元 (basic), 兄 (elder brother), and 光 (light). And, is often combined with other words when referring to children such as: 儿子 (son), 儿女 (child), and 女儿 (daughter).