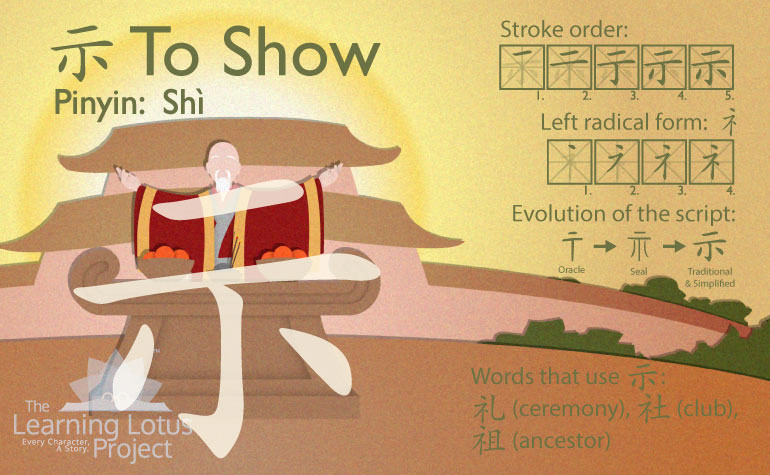 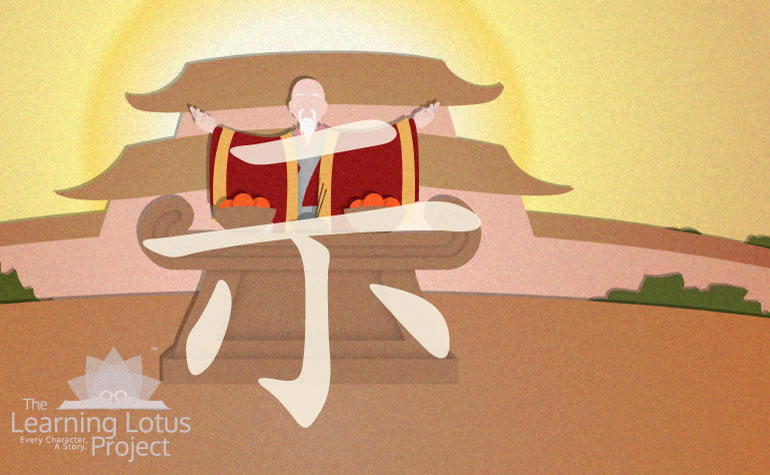 The practice of making offerings to deities for protection from disasters and ensurance of bountiful harvests were the references for creating the character 示. 示 is a pictograph depicting the stone altar where offerings were made to ancestors and deities.

The meaning “To Show” is derived from the act of making offerings whereby the act is performed openly and in daylight to show the offerings to the ancestors or dieties.

示 is often used as a radical on the left side of a character where it is written as “礻” and retains it’s spiritual origins often used in words referring to spiritual acts and subjects such as 礼 (ceremony), 祖 ( ancestor ), and 祝 (invoke). However, when used outside of a compound character it conveys the meaning of “To Show” like in 明示 (express), 示范 (demonstrate), and 指示 (instructions).