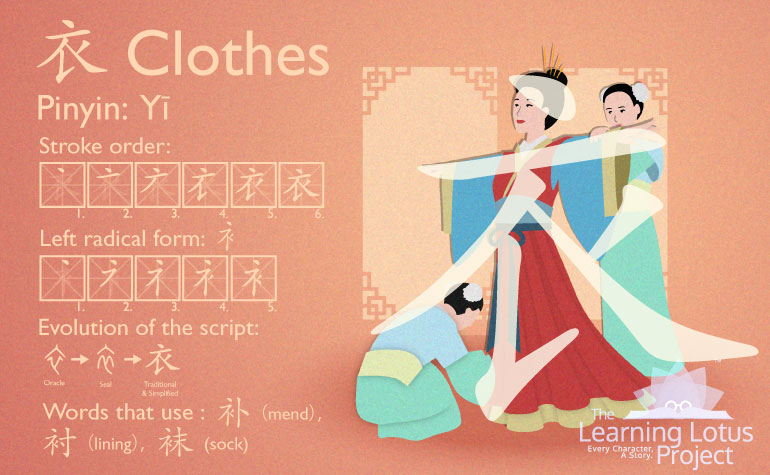 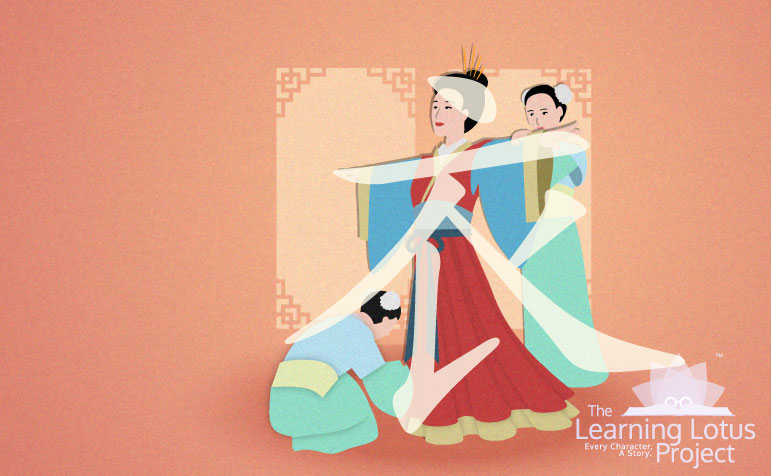 The Oracle Bone for 衣 is a pictograph of a common shirt among ancient Chinese people. In this form the top two strokes represent the collar, the horizontal strokes depict sleeves and the downward strokes create the shape of the body where the two sides cross over to be tied or buttoned.

The idiom: “天衣无缝” (Tiān yī wú fèng), “Clothes in heaven are seamless”, is used to describe something that is done flawlessly. It originates from a Chinese fable where one evening, a man met the Immortal Weaver girl while trying to sleep outside. While admiring her dress he noticed it was a single uncut cloth. The Immortal Weaver Girl explained that Immortals do not use needle and thread to make their clothes, so their clothes have no seams (flaws).

When used as a radical on the left side of a character, 衣 is written as “衤”. The 衤 radical is used in many words referring to clothing such as 补（mend), 衬 lining), and 袜(sock).