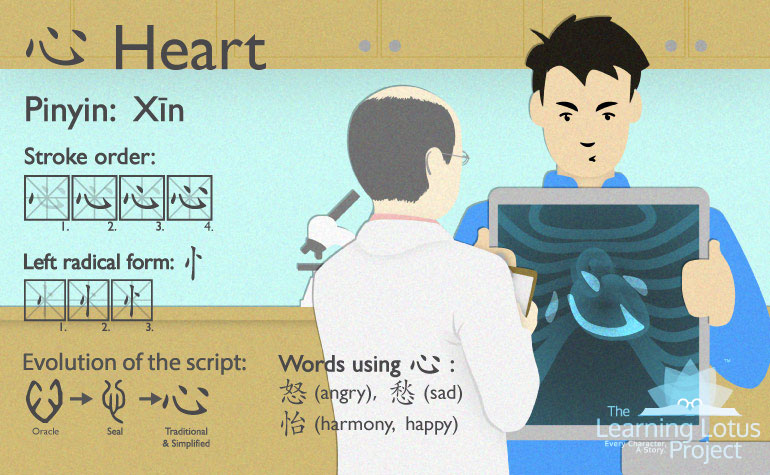 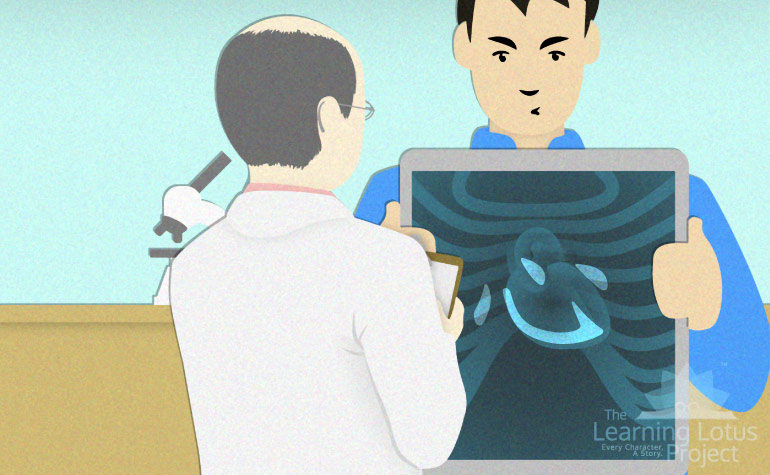 心 is a good example of how much a character can change from its Oracle Bone form to its modern form. 心, in its Oracle and Seal forms, is an anatomical pictograph of a heart, especially compared to the highly stylized ♥. These older written forms shared resemblences to the four chambered mammalian hearts.

As a word 心 means “Heart”, when used as a radical it contributes the meaning of emotion. It is a common metaphor in many cultures to refer to the heart as the organ from which emotions or feelings originate. This remains true in Chinese culture. The philosopher 孟子, Meng Zi, said: “The heart is a feeling organ”. And, many Chinese words for emotions and state of mind use the radical 心, such as: 怡 (happy), 愁 (worry), 情 (feeling), 㤅 (like), and 忌 (jealous)

When 心 is written on the left side of the character like 怡 (happy) or 情 (feeling), the left radical form of 心 is used.