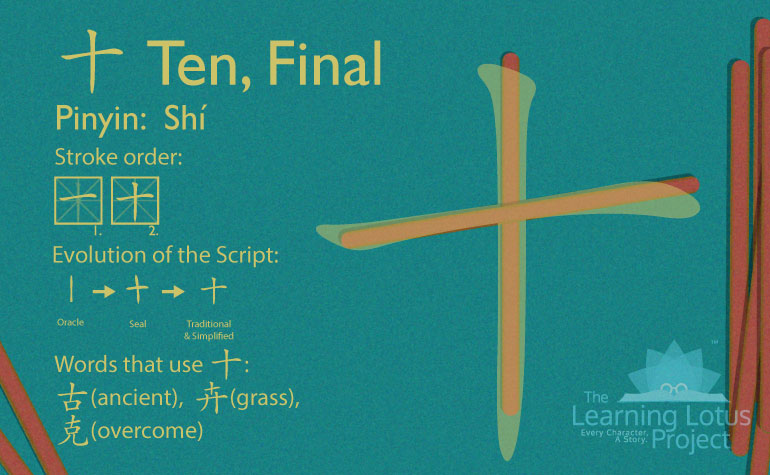 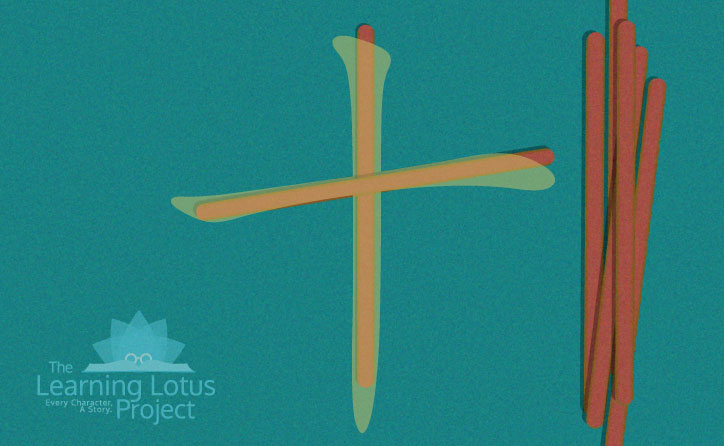 In our Numbers section 十 is identified as the Chinese numeral “10”. The Oracle Bone form of 十 was written with a single vertical stroke, mirroring the ancient Chinese counting system which used horizontal strokes to represent numbers less than 10, and vertical strokes for complete units of ten. Thus, 十 signified a culmination, completion or final piece of a set of 10 numbers.

十 represents the important concepts of perfection and completion in Chinese culture. The phrase "十全十美" (shí quán shí měi) is used to describe something that is perfect and complete.

十 can mean “final,” “complete,” or “perfect” when used as a radical. It is a common radical component found in many Chinese words such as: 古 (ancient), 卉 (grass), and 克 (overcome).