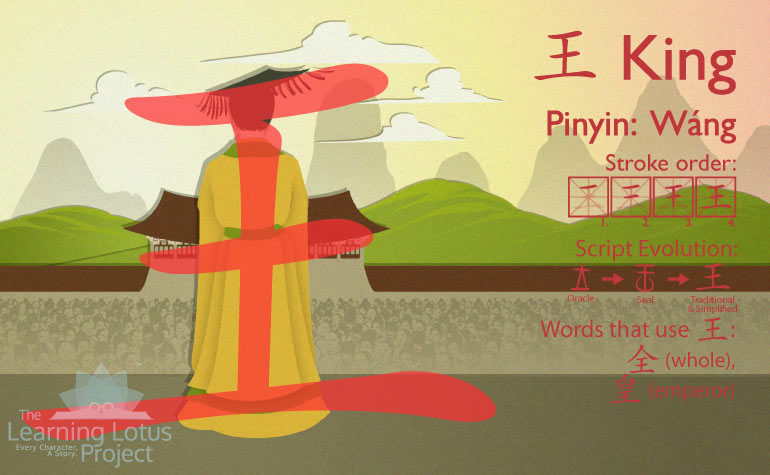 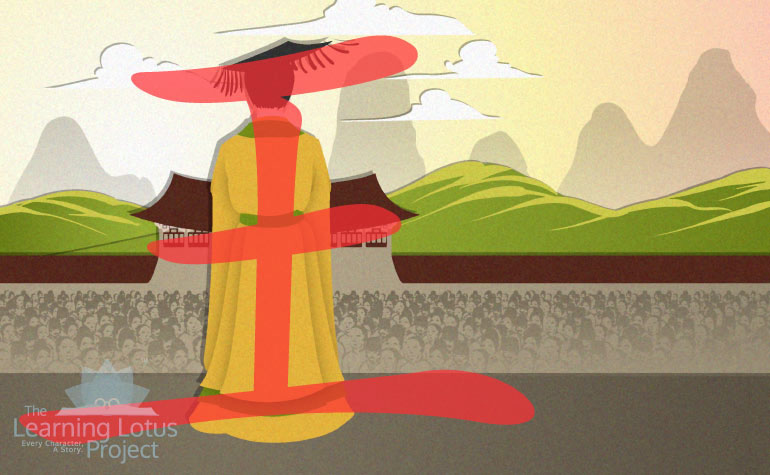 There are several different interpretations of what the Oracle Bone form of 王 actually depicts. Some scholars believe that it represents a person standing beneath Heaven, above Earth and Humanity. Another possible explanation is that it depicts the head of an ax, a symbol of the power of the king. Still more believe it is the depiction of a man sitting on a throne. Later, the top horizontal line depicting the king's hat was added, since whenever the king appeared before the court, he always wore the King's hat.

Confucius explains the character as "一贯三为王" (Yī guàn sān wèi wáng) "The one vertical stroke connects the King". In Confucius' explanation the three horizontal strokes represent Heaven, Humanity and Earth, and the King (one vertical stroke) connects all three, representing a divine right to rule.