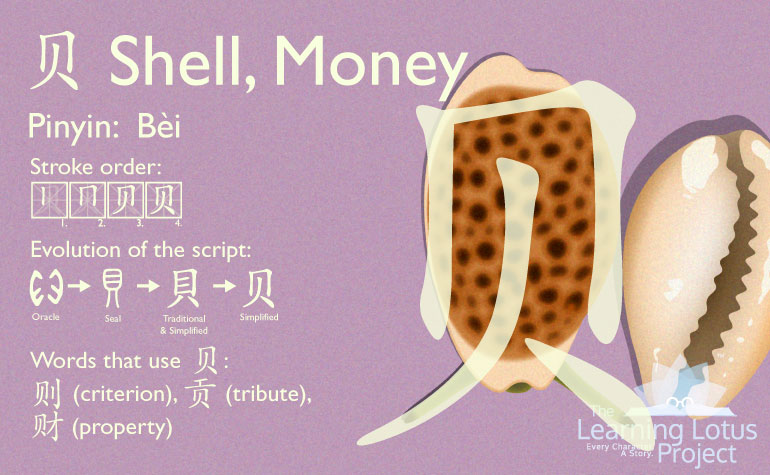 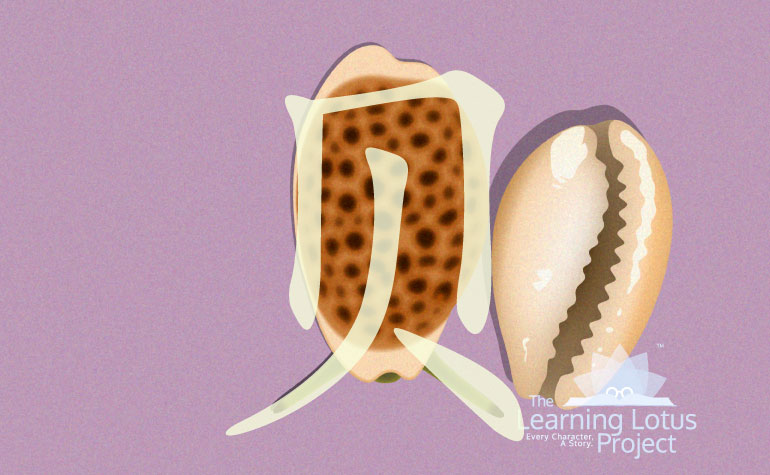 The Oracle Bone form for 贝 was a pictographic depiction of a Cowery shell. These shells were considered beautiful and lucky. They were also used as currency before the Qin Dynasty, lending the meaning of treasure in its use in words such as 宝贝 (bǎobèi) "Treasured".

The ancient Chinese word for friendship was 贝贝; two treasures together. The story of the families 阿朋 (Āpéng), and 阿友 (Āyǒu) is a classic Chinese story illustrating friendship. At the base of a mountain lived two families, 阿朋 (Āpéng), and 阿友 (Āyǒu), who were very close. One day the 阿朋 family was devastated by a hurricane, while the 阿友 were unscathed. To help, 阿友 invited 阿朋 to live with them and helped them rebuild their home. From then on, people who shared in the good times and helped each other during difficult times were known as 朋友 (péngyǒu) “friends.”

Today 贝 is a common radical found in many words associated with shells or valuables such as: 则 (criterion), 贡 (tribute), and 财 (property).