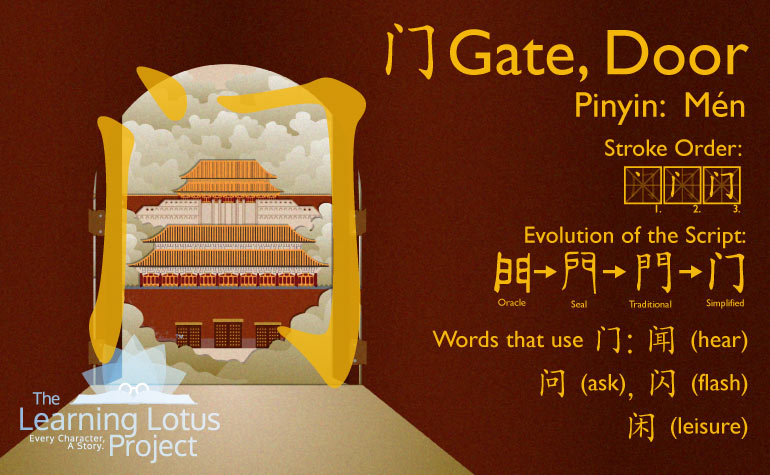 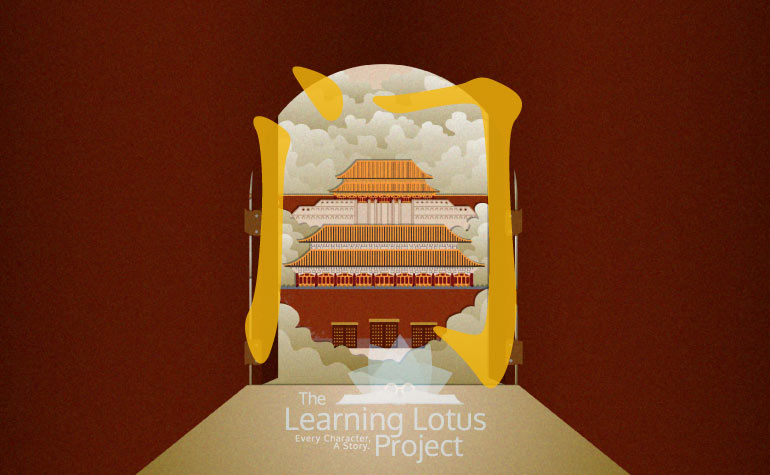 The concept of "Door" or "Gate" is an ancient one; stretching back to when the first humans created openings in caves that could be covered to guard against wind, rain and animal attacks. With the improvement of building techology, these openings became more sophisticated, practical and beautiful doors and gates. From its earliest Oracle Bone to its traditional form, it is easy to see the depiction of a door frame with two doors ready to swing open or close. In it’s simplified form, the doors themselves are removed and it resembles an open entryway.

In China, the door or gate is not simply an entrance and exit, it also reflects the status and rank of its owner. The doors of common people are often called 柴门 (cài mén), 蓬门 (péng mén), or 衡门 (héng mén); while the doors of the wealthy were often called 侯门 (hóu mén), 朱门 (zhū mén) or 豪门 (háo mén). This concept is reflected in the idiom "侯门似海" (hóu mén sì hǎi) ("The gate of a noble house is like the sea."); which means: there is a wide gap between the nobility and the common people.