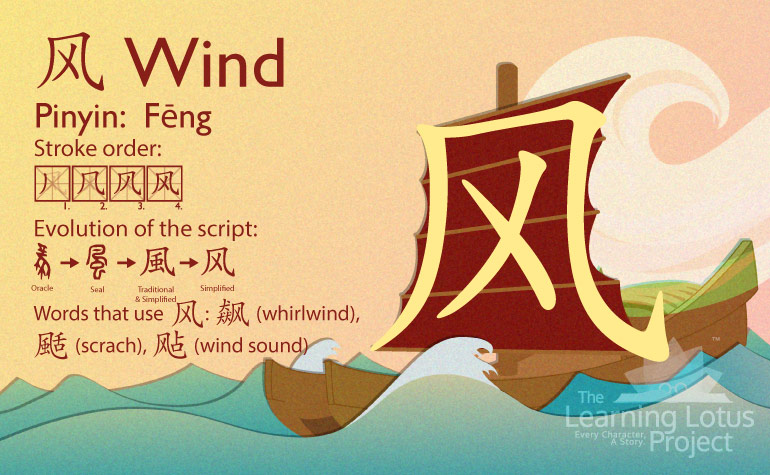 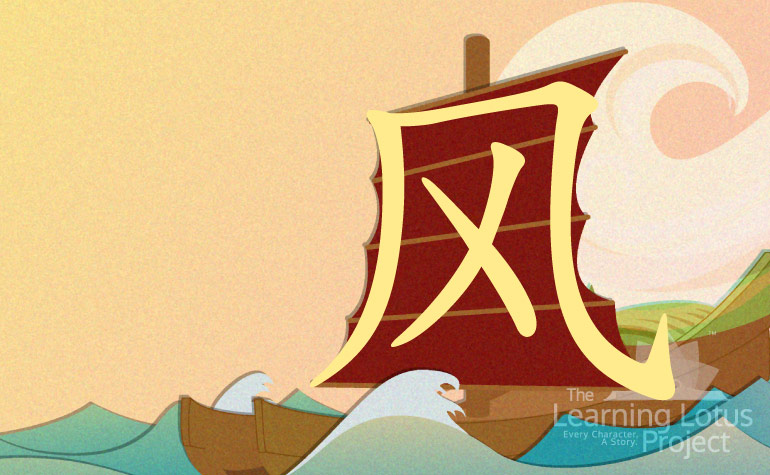 Long ago, people believed that insects were spread by the wind. The seal and radical form of 风 illustrated this belief by placing the character for 虫 ”insect” inside the radical 风.

A well-known story behind the history of 风 involves the famous Qin dynasty painter Li Fangying. During a gathering of friends, the guests started discussing the difficulty of painting certain concepts. One guest mentioned “the wind” and everyone agreed it would be very difficult to paint. Rising to the challenge Li Fangying said he could paint the wind and in a few strokes he had drawn a scene of bamboo swaying in the wind. People were in awe and agreed he had raisen to the challenge of dipicting wind in a portrait.