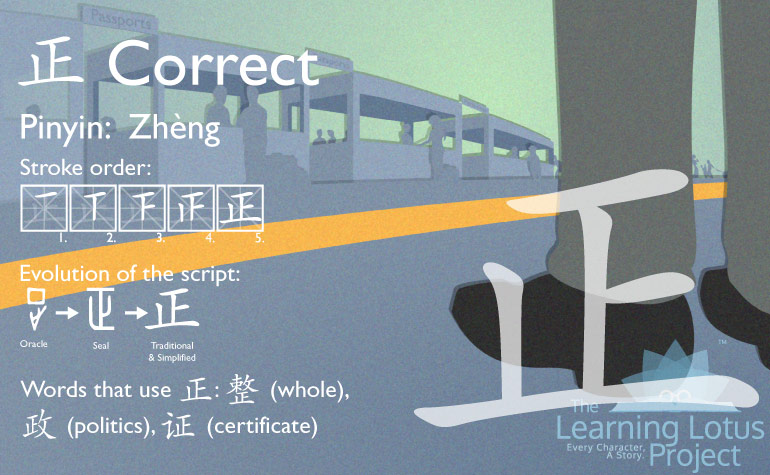 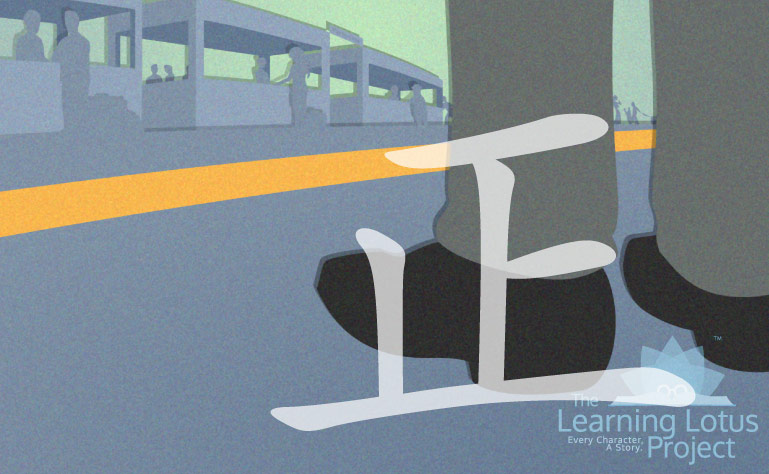 Some scholars believe the original meaning of 正 is "conquest" by drawing a correlation between the use of 口 as population, Other scholars interpret the square shape of 口 as completion and interpret 正 as “having reached completion or the correct end.” Others interpret it as 止 “stop” and 一 “line,” meaning: “don’t cross the line.” While some scholars interpret the current form as 止 “foot” and 一 “one,” meaning the pursuit of a basic fundamental “right’, all goals beyond that are lofty or superfluous.

When used with other words, 正 lends meanings such as: straight, proper, correct, and exact; and can be found as a radical component in many words such as: 整 (whole), 政 (politics), and 证 (certificate).