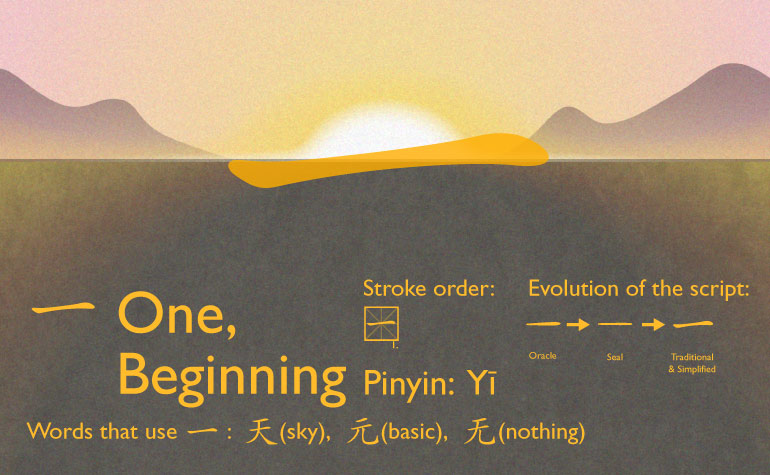 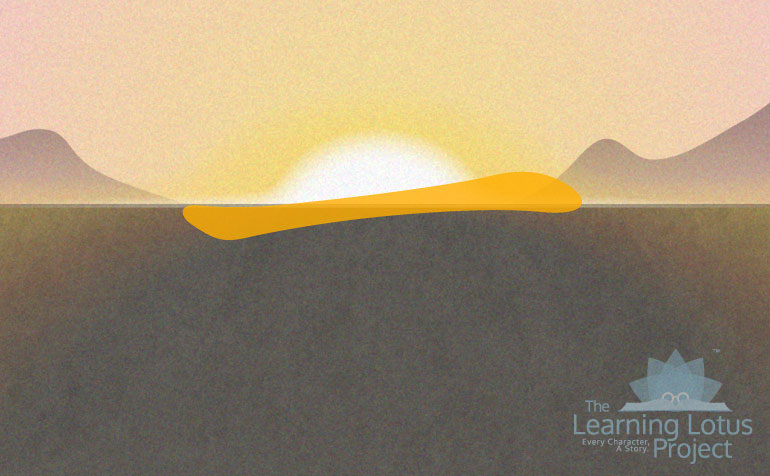 Written as a single horizontal stroke, 一 is a simple character to recognize and is one of the most utilized words in Chinese. It is an ideograph with several meanings. 一 is the Chinese numeral for the number "1" and conveys various meanings of “one” such as “single,” “alone,” and “an.”

The Chinese philosopher and poet Laozi stated: “道生一，一生二，二生三，三生万物,” (Dào shēng yī, yī shēng èr, èr shēng sān, sān shēng wàn wù). This statement translates to “Tao gave birth to one, one gave birth to two, two to three and three to everything.” In this saying “One” describes the chaotic universe and beginning of all things; two: Heaven and Earth; and three: Heaven, Humanity, and Earth. From Laozi's statement, “一” is an all-encompassing concept. When used as a radical 一 can represent “beginning,” “Heaven,” “Earth,” or any elemental concept.

As the most elemental radical, 一, is found in many Chinese words such as: 天 (sky), 元 (basic), and 无 (nothing).