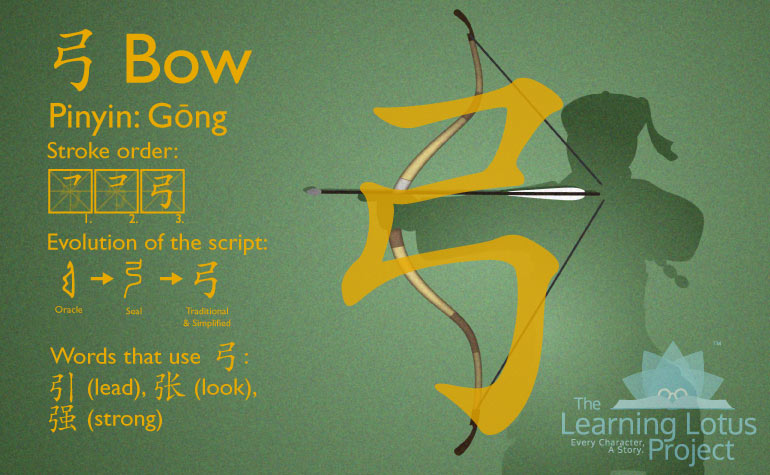 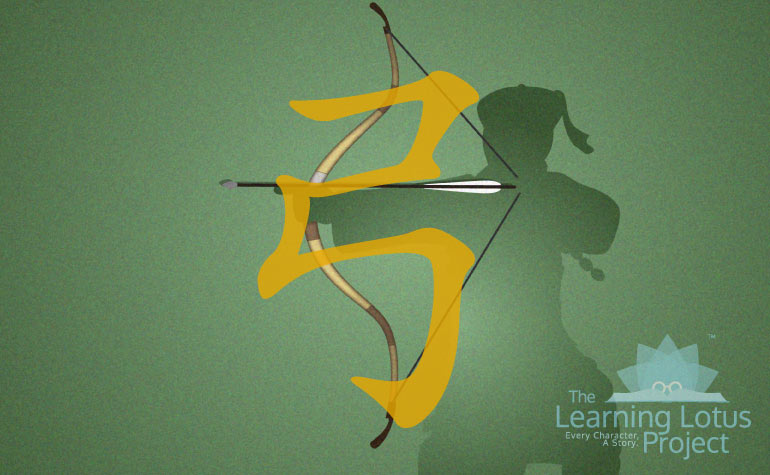 The image of a bow is depcited in the Oracle Bone and Bronze forms of 弓. In the Seal script, the string is absent and its second meaning of "curved," "arched," or "bent" (like a bow) becomes apparent.

The bow was an integral part in early human history for both hunting and warfare. China was one of the earliest adopters of the crossbow and developed sophisticated bronze trigger mechanisms which allowed for very high draw weights as early as 600 BC, as well as repeating crossbows capable of firing 10 bolts in 15 seconds. Even though China was the first to develop gunpowder and use it in warfare, the bow and crossbow remained an integral part of the Chinese military arsenal until the 19th century.

In an ancient Chinese proverb, a man became extreemely sick after seeing the shadow of a snake in his wine cup when visiting a friend. No medicine would cure his illness and he was afraid he had somehow been poisoned. However, when his friend explained that the shadow was just a reflection of the bow he hung on his wall, the man realized his mistake and suddenly started feeling better. Today, if someone is paranoid they are said to to be "杯弓蛇影"" (bēi gōng shé yǐng), "Mistaking the reflection of a bow in a cup for a snake."