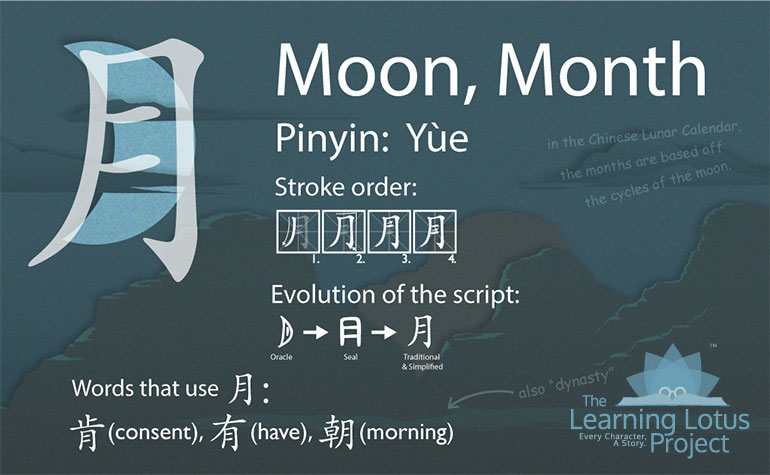 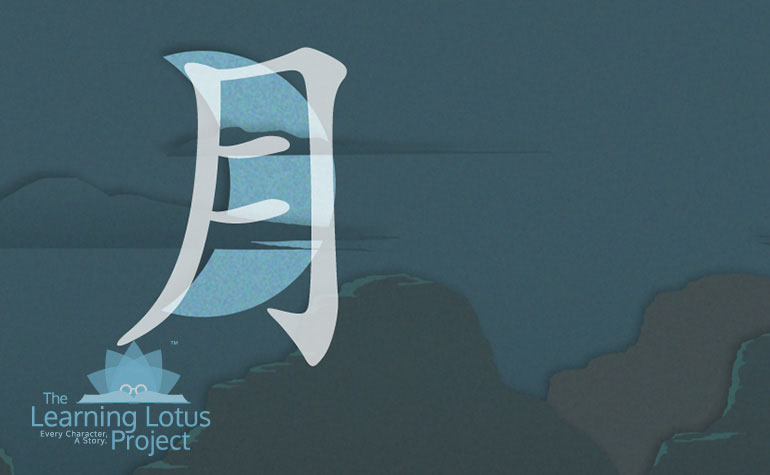 The Oracle script for 月 closely resembles the crescent cycles of our moon. 月 can also mean "Month" because the Chinese Lunar Calendar is based off of the cycles of the moon. Each cycle of the moon is a month, and twelve moon cycles make a year. The Mid-Autumn Festival, or Moon Festival, is an official harvest festival celebrated in China. The festival is held on the 15th of the eighth lunar month in the Chinese calendar, during a full moon.

In Chinese mythology 玉兔 (Yùtù), the Jade Rabbit, lives on the moon and makes the elixir of life for the Moon Goddess 嫦娥 Chang'e. The stories of Chang'e and Jade Rabbit are so integrated in Chinese Culture that China named it's lunar exploration program and lunar rover after them, respectively. During the Apollo 11 Moon landing mission in 1969, Houston Capcom shared the Chang'e and Jade Rabbit lore with the Apollo 11 crew to which Buzz Aldrin responded: "Okay. We'll keep a close eye out for the bunny girl."

Many words in Chinese use the 月 radical; 有 (have)，肖 (resemble)，肯 (consent), and 朝 (morning, or dynasty) are just a few.