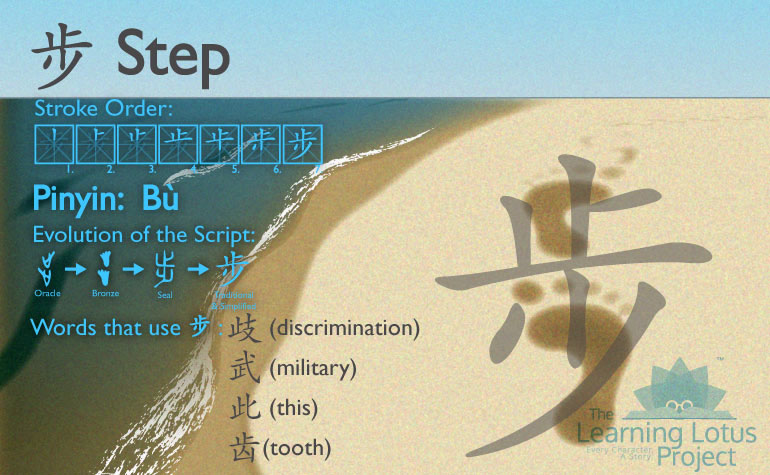 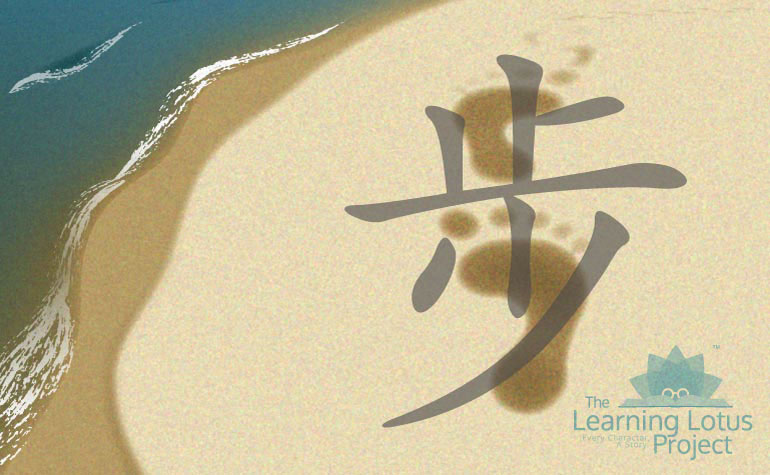 The Oracle Bone form of 步 is a pictograph of two human footprints, one in front of the other stepping forward.

When 步 is used as a radical, often only one of the footprints is used and its form is identical to "止" (Stop).

The idiom: 五十步笑百步 "wǔshí bù xiào bǎi bù' (50 Steps Laugh at 100 Steps), comes from a proverb told by Mencius to the leader of Liang during the Warring States period when the leader was criticizing his neighboring rulers. The Proverb is about an army that is fleeing from a lost battle, one group of fleeing soldiers ran faster than the others and was 100 paces from the battle while the other group was only 50. The group at 50 paces laughed at the further group calling them cowards, but this was hypocritical because they were still running away themselves. The saying has the same meaning as the Western idiom: "The pot calls the kettle black".