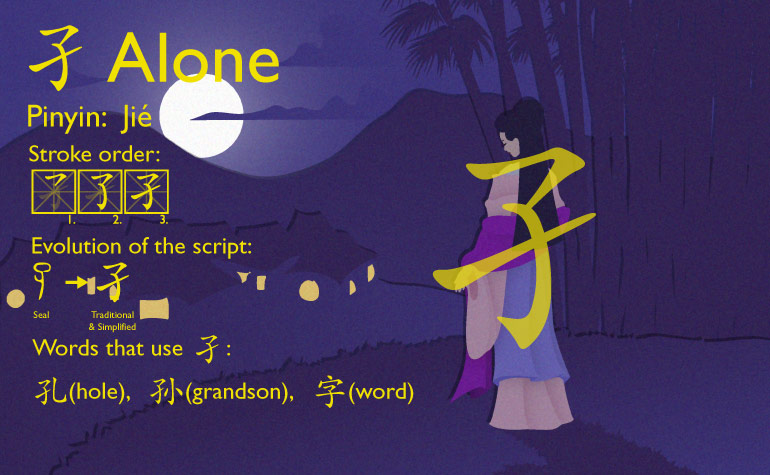 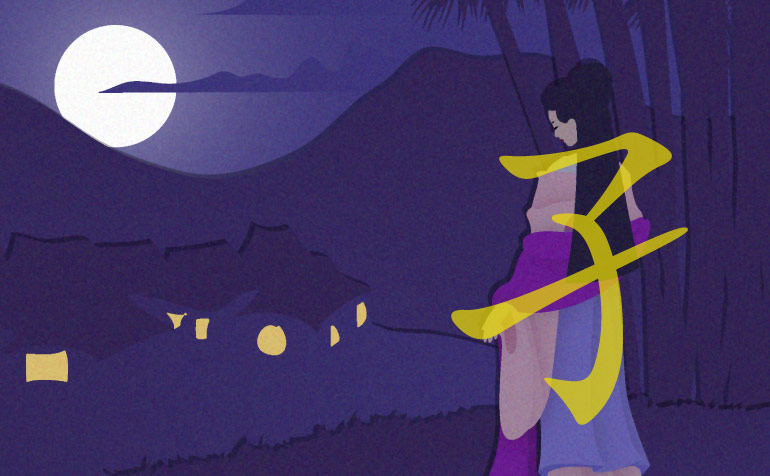 The character “孑” is very similar to the character for "Child": 子. In certain cases, these characters can be used interchangeably like in the character: 孙 "Grandson". This character's oracle and seal forms depict a figure without a visible right arm. The single left arm without its opposite is a poignant symbol for the concept of “Alone.”