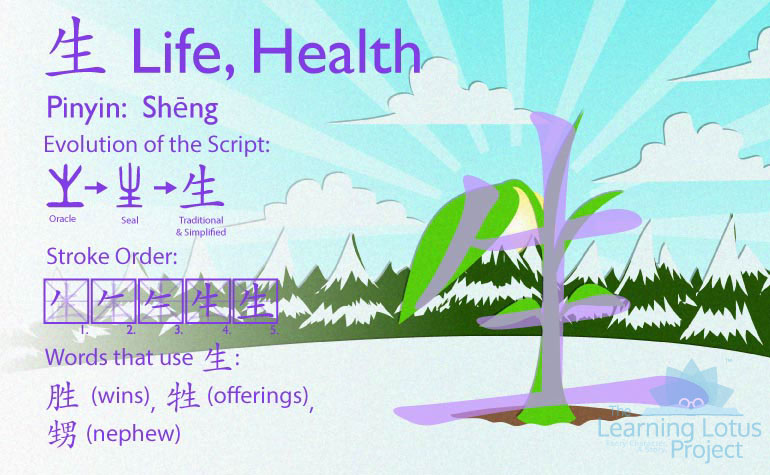 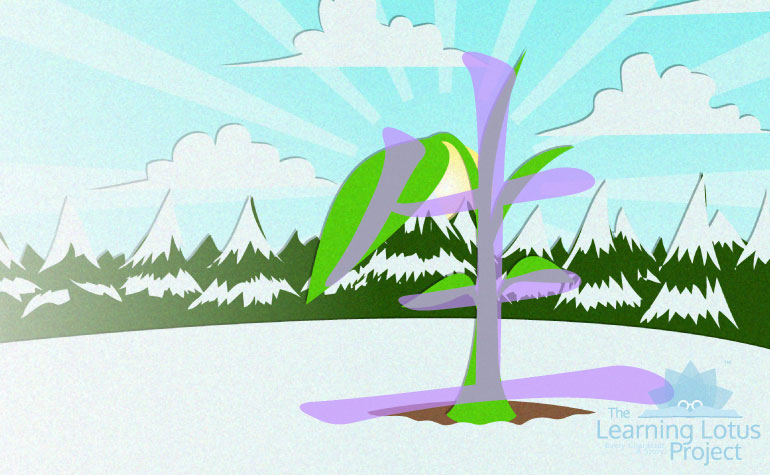 The Oracle Bone for 生 is a pictograph of grass sprouting from the ground, with the bottom horizontal stroke as the ground and the strokes rising upwards as stems and leaves. The cycles of nature are often associated with life and health giving 生 the meaning of “Life,” “Birth,” and “Health”.

According an old legend, there once was a young man named Wang Xong who was kind and helpful. One day Wang was framed for a crime and sentenced to death. At the time, before a sentence was carried out, the condemned would choose between two pieces of paper, one with the word 生 "Life" and the other with the word 死 (Sǐ) "Death". The word on the chosen paper determined the prisioner's fate. The man who framed Wang bribed the judge to write word 死 (Sǐ) "Death" on both pieces of paper, but a friend of Wang discovered this plot and told him. As his last wish, Wang asked that his fate would be the opposite of what he picked. Since it was customary to grant a last wish of a condemned man, the judge granted his wish and Wang gained his freedom. The moral of the story is that, good deeds are returned in kind.