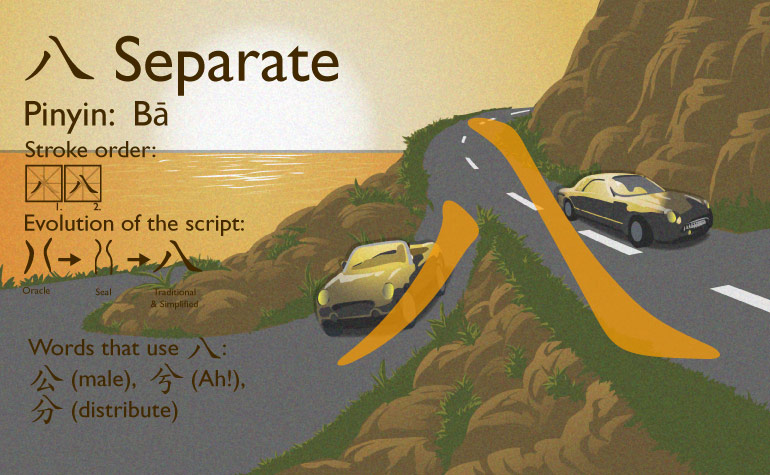 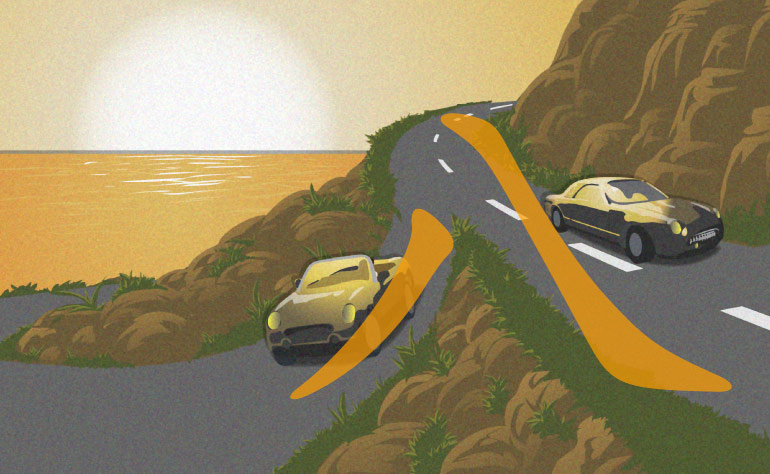 The character “八” is an ideogram. The two strokes used to create 八 are closer at the top and become further apart as they travel down. The moving apart of the two strokes represents the concept of “separation.”

In our numbers section, we shared that 八 also represents the auspicious number "8" in Chinese numerology.

The idiom "八字还没见一撇" (Bā zì hái méi jiàn yī piē), “The word 八 before seeing one stroke”, is used when someone is getting ahead of oneself. It means that someone is talking about something that hasn’t happened yet; like the word “八” before the first stroke is written.

When used alone 八 commonly refers to the number "8", and it is also found as a radical in many characters such as: 公 (Male), the exclamation 兮 (Ah!), and 分 (Distribute).