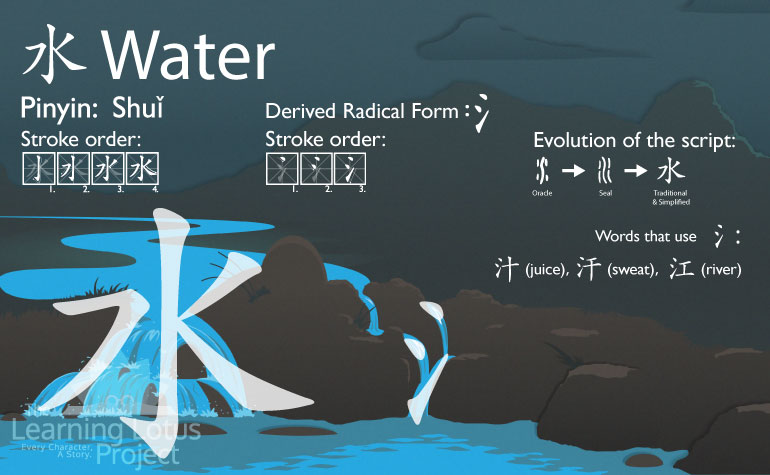 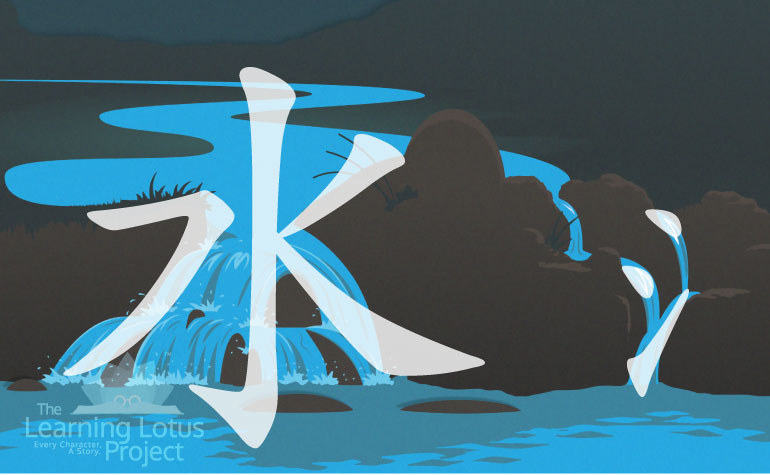 The currents, whirlpools and sandbanks of the river are depicted in the Oracle Script for 水. The current script for 水 still conjures a scene you might see when standing on a riverbank, looking over the course of a river. 水 means "water" but it still retains the basic meaning of "river."

The Chinese people have a love and respect for the dual nature that rivers possess. 黄河 (Huánghé), The Yellow River, is referred to as both "Mother River" and "China's Sorrow." As it flows from it's source in the Tibetan highlands it becomes thick with sediment which it carries all the way to the Northern Plains, creating 23 square kilometers of new land every year.

黄河 (Huánghé) has been the cradle of civilization for many Chinese people, it has also been the source of many catastrophic flood disasters throughout history. To this day people still work hard to control the river as it continues to support China.