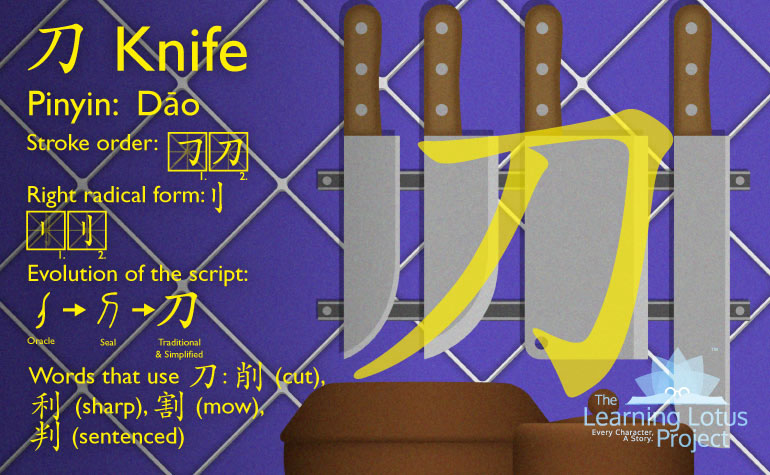 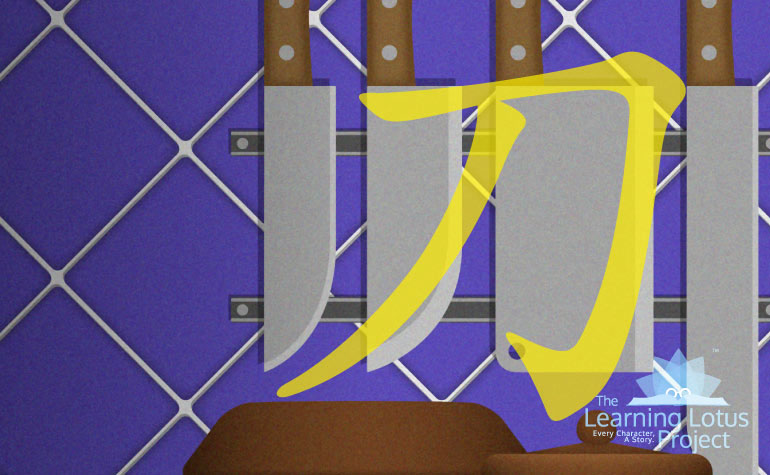 The Oracle Bone form of 刀 depicts a long handled knife with a short blade. Early in Chinese history, knives were common tools used by many people in everyday life for harvest and preparing food.

When 刀 is used as a radical, it is written in its alternate radical form: 刂. As a radical, 刂, it is most commonly found on the right side of the character and used in words related to the function of knives such as: 利 （sharp), 削 (cut), 割 (mow), and 判 (sentenced).

During the Three Kingdoms period, Emperor Cao Cao met with an ambassador from the Huns disguised as a secretary while another impersonated him. After the meeting he sent a spy to learn the ambassador's opinion of the person he met. The ambassador said he felt the person was regal, but that the secretary was the real "hero". The emperor realized that the ambassador had seen through his deception and ordered his assassination. This story reveals why 捉刀 (zhuō dāo) means ghostwriter, implying that the real "power" is present yet unseen