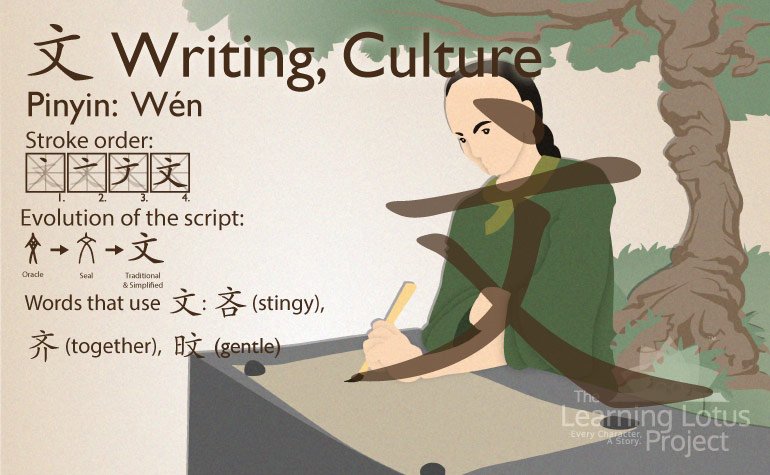 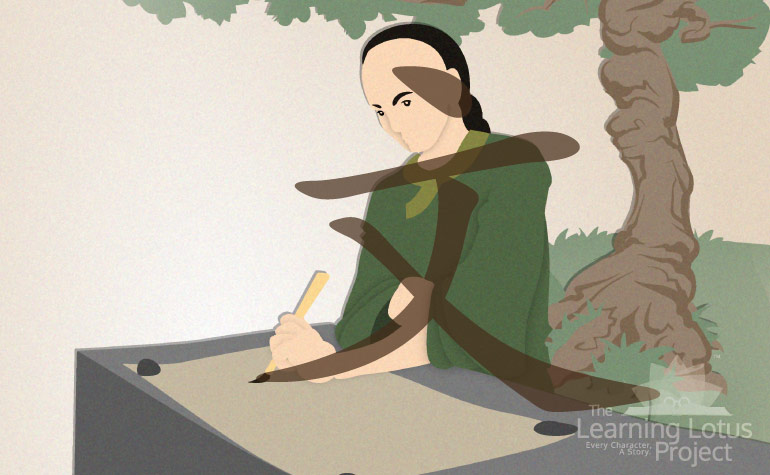 The exact origin of 文 is still in debate. A popular interpretation of the Oracle Bone form is that of a person with arms corssed and a borad chest adorned with a tattoo. This view is supported by the importance and popularity of tattoos in early cultures. A contesting opinion by Xu Shen explains the marks on the chest of the character not as tattoos but rather patterns; indicating the extended meaning of 文, "Text" or "Writing" and its importance to culture. In this sense "Culture" is the pattern of the "Grain" of ancient words.

文 is an important character found as a radical components in words such as: 齐 (together), 吝 (stingy), and 彥(elegant); as well as words such as: 整齐 (neat), 文明 (civilized), 文件 (document) and 论文 (thesis).