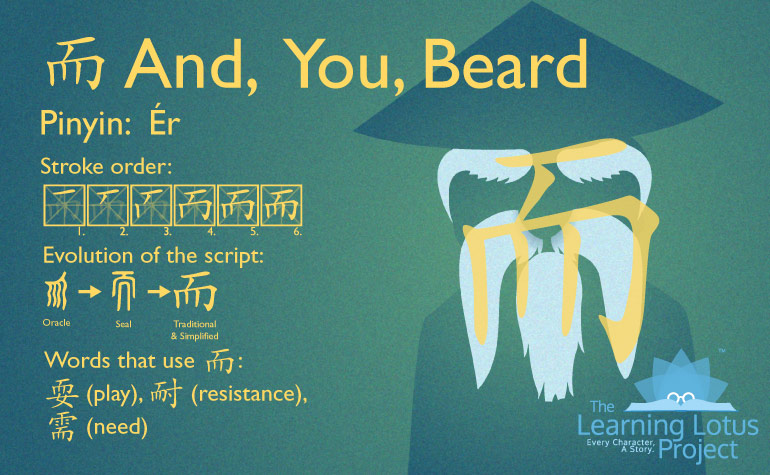 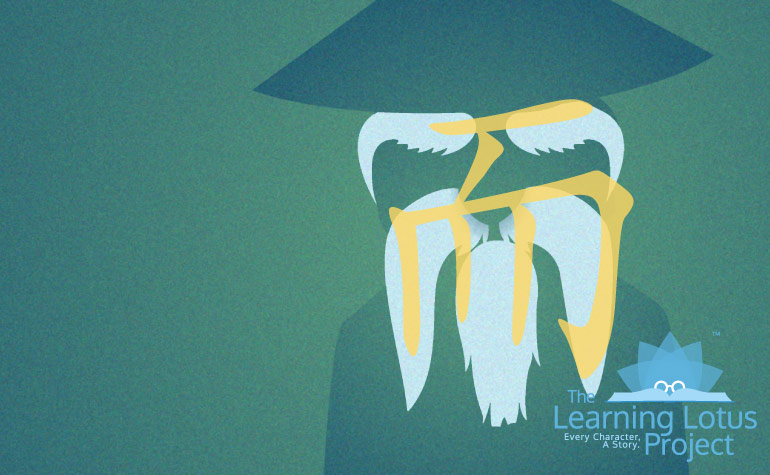 The Oracle Bone form of 而 depicts the lower portion of a face with a long beard. The original meaning of 而 was “Beard.” The primary meaning of this character has changed and today it is most commonly used as a conjunction, usually meaning “And,” and it can sometimes be used as a substitute for the character 你 (Nǐ) "You". However, The definition “beard” is still maintained when it is used as a radical in words like 耏 (whiskers), and 輀 (hearse).

This character may appear simple visually, but to use it correctly is difficult. During the Song dynasty there was a high-ranking government official named 洪舜俞 (Hóng shùn yú). He spoke and wrote eloquently. One day he gave a report to the emperor, in which he accidentally used 而 in a casual and disrespectful manner, writing: 请圣驾俟谒景灵宫而已 (Qǐng shèng jià qí yè jǐng líng gōng ér yǐ). This angered the emperor and as punishment he stripped the official of his title and the man lived the rest of his life as a commoner. The story illustrates how a well-educated official can have difficulty correctly using “而.”