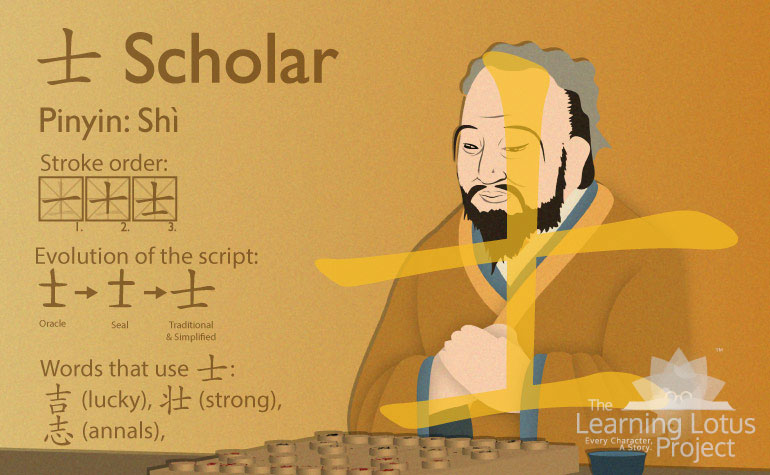 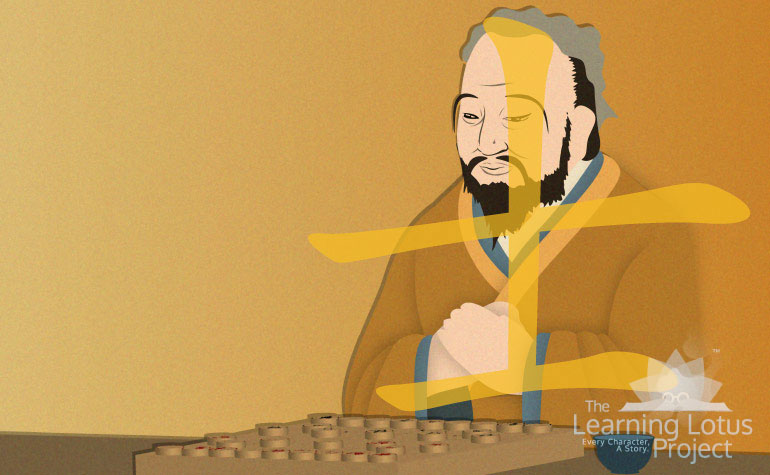 士 astutely reflects the changes and progress of Chinese culture. In the Shang and Zhou dynasties “士” referred to a class in the Chinese caste system of knights from low-level aristocratic lineage lacking their own title or official position. They were distinguished from commoners by their long silk robes, the use of the 剑 (jiàn), a double-edged sword, and the right to ride chariots. The 士 became known for their scholarly traits during the Warring States period when philosophical and intellectual pursuits became highly valued amongst statesmen and rulers began seeking soldiers based on merit rather than lineage. The two 士 pieces in 象棋 (Xiàngqí), Chinese Chess, reference the early scholar-warrior 士; they stay within the palace and move around and defend the General.

The growth of Confucianism and increasingly meritocratic dynasties brought a shift of the 士 from an aristocratic class, to a highly sought after bureaucratic civil-service position requiring a high-level of education. Today 士 often denotes a person or title of some expertise and is used in either compound words such as: 博士 (PhD), 硕士 (Master’s degree), 高士 (goldsmith), 战士 (warrior), or as a radical in words such as: 吉 (lucky), 壮 (strong), and 志 (annals).