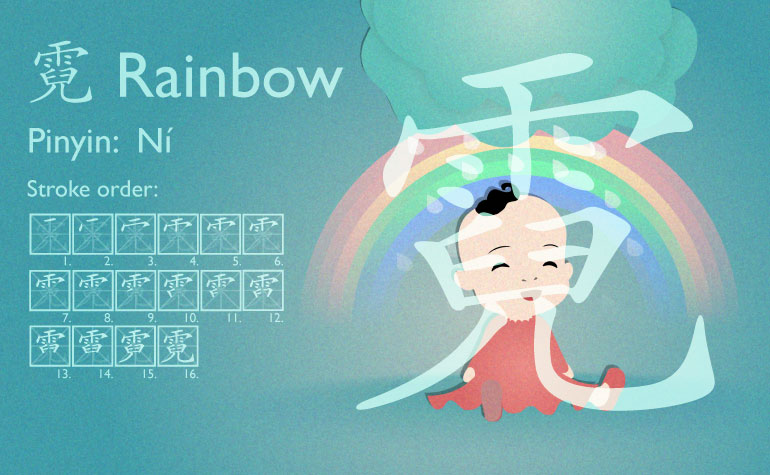 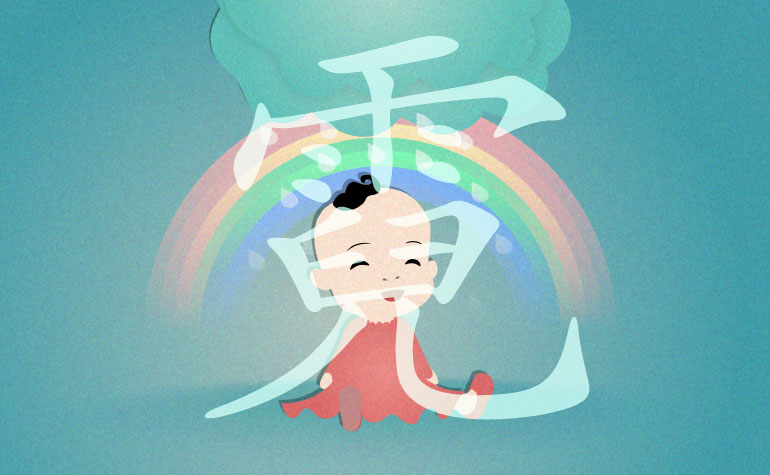 霓 (Ní) is composed of the 雨 radical on top and the traditional form of the character 儿 (Ér) "Child" on the bottom, written as: 兒 which was pronounced as "Ní" in ancient China.

Sometimes, a rainbow appears after a rainstorm; thus, 霓 can be remember by imagining a rainbow as the child of the rain.