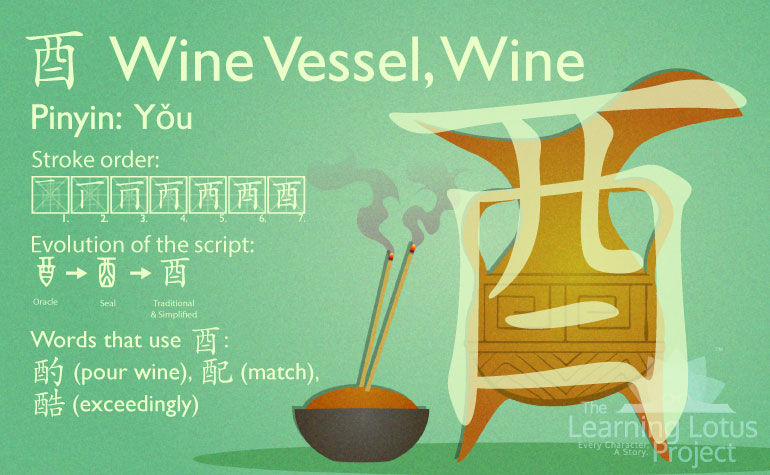 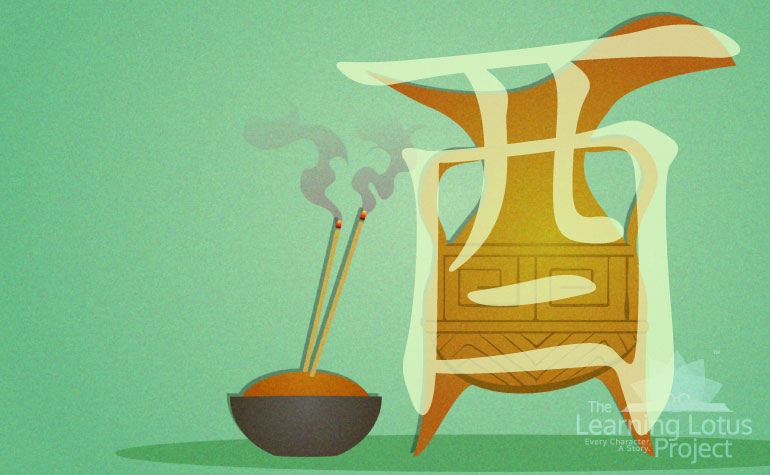 The Oracle Bone form for 酉 was a pictograph of an ancient Chinese wine vessel. The written form of 酉 has changed over time, like the shape and style of alcohol vessels, but it still maintains a strong resemblance to a container for wine or liquor.

In the last years of the Qin Dynasty there lived a scholar named 郦食其 (Lì Shí Qí). He was unable to find a job due to his low family status, so he turned to drinking. One day, the army of 刘邦 (Liú Bāng) was camping outside of his town, and the scholar decided to seek an audience with the leader. However, Liú Bāng had a well-known hatred of scholars and turned him away. Unabashed, Lì Shí Qí stood outside the camp and said: "我不是什么之乎者也的 酸儒生,而是大名鼎鼎的高阳酒徒." ("I am not a plain scholar, I am the number 1 drinker in Gaoyang"). Liú Bāng, enjoying a drink himself, then agreed to meet him. Today "高阳酒徒" (Gāoyáng jiǔtú): “Gaoyang Drinker,” is an idiom that describes someone who is an unabashed drinker.

酉 is a common radical found in many Chinese Characters such as: 酌 (pour wine), 配 (match), and 酷 (exceedingly).