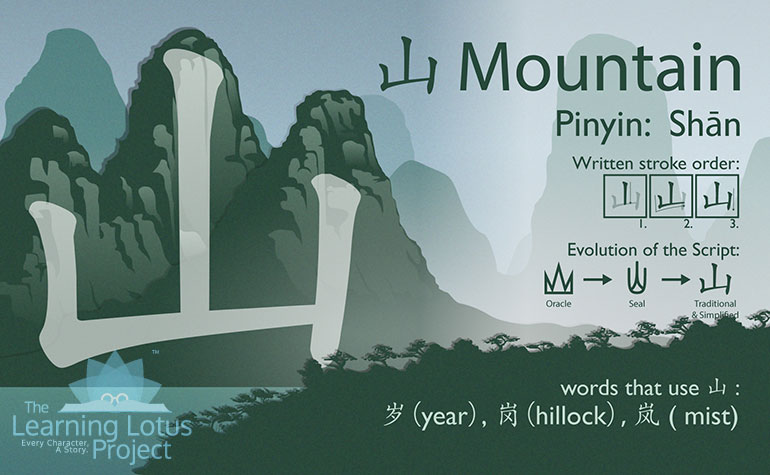 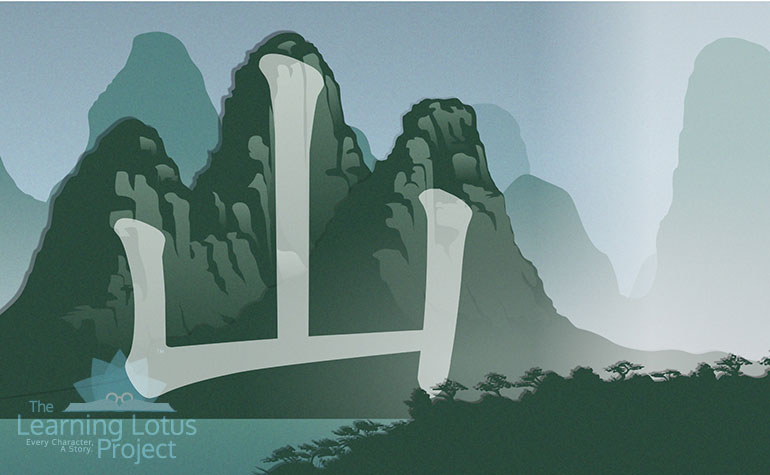 This character is one of the best examples of a pictograph script in Chinese. It also showcases the importance of the close visual relationship between a character and its appearance in nature. The ridges and shapes of a mountain range are clearly depicted in the oracle script for 山.

山 is an important setting for many of China's rich cultural stories. During many dynasties, the emperors pilgrimaged to 泰山 (Mount Tai or Taishan) that rises to the east on the Shandong Peninsula, where the plain extends to the sea. There, the emperors carry the most solemn of all the country's sacrifices to Heaven. It is on 泰山 that the emperor received the mandate to rule the country.

山 is an independent character and a radical that is used as a component in many chinese characters. Some characters use 山 on the top: 岁（year), 岗 (hillock), 岚 ( mist); and, some use 山 on the bottom: 岔 (fork)，岛(island).