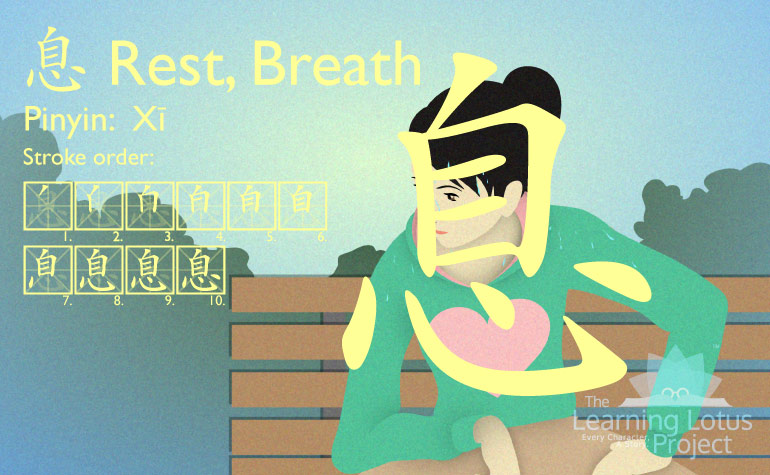 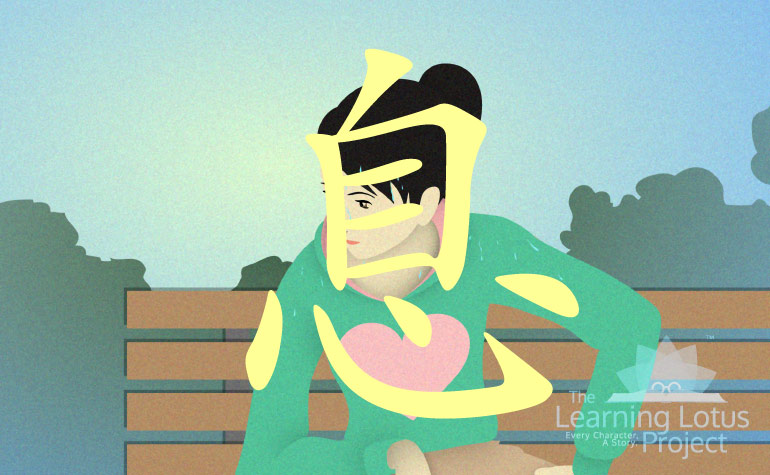 息 is written with the 心 (xīn) radical on the bottom and the character for "Self", 自 (zì) on the top. 自 is a pictograph of a nose. In ancient China, it was believed that breathing originated from the heart and nose; thus, when 息 is used as a verb, it means "Breathing" or "Panting". As a noun, 息 means "Rest" and "Breath". Sometimes, it can also mean "Stop", like in the phrase: "生生不息" (shēngshēng bù xī), which means "Continuous growth" or "Growth can not be stopped".