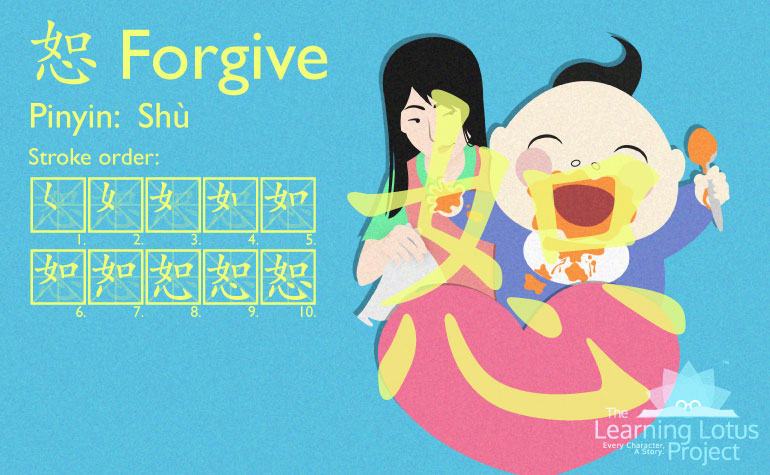 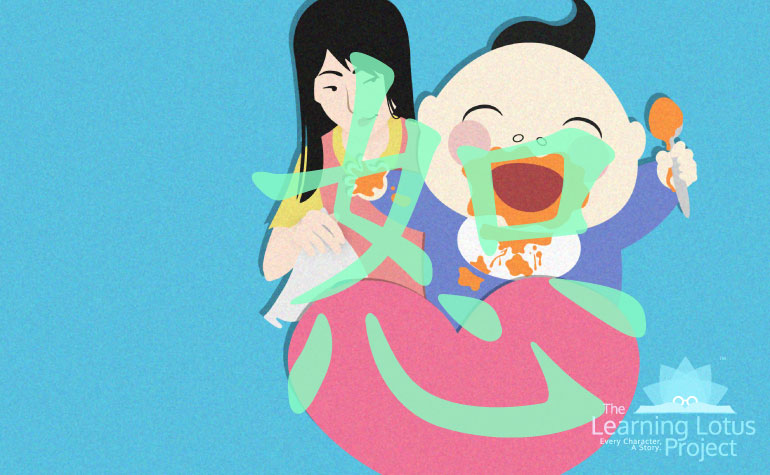 恕 is written with the 心 (xīn) radical on the bottom and the character for "If, As": 如 (Rú), on the top. In ancient China, it was believed that women were more kind and soft-spoken; thus, 恕 has the character components for female: 女 (Nǚ), and the character for mouth: 口 (Kǒu). As a verb, 恕 means to forgive. But it can also be used as a noun to mean "kindheartedness".

To help remember 恕, recall how often we made messes while eating as a baby, but were forgiven by mom (and dad). And remember that sincere forgiveness and kindness are from the heart.