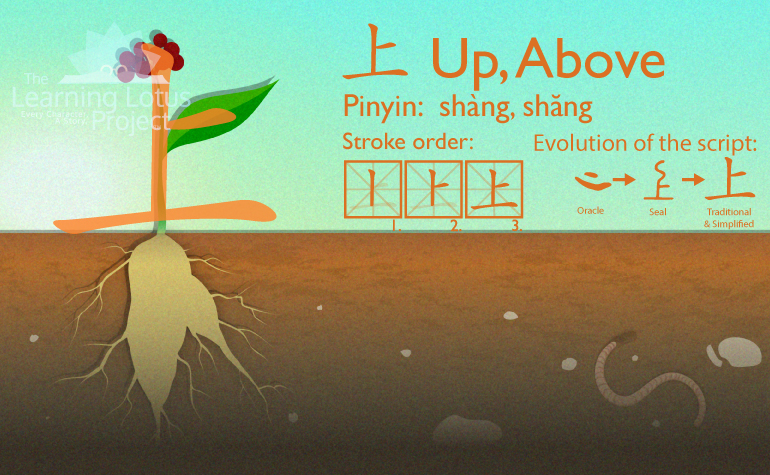 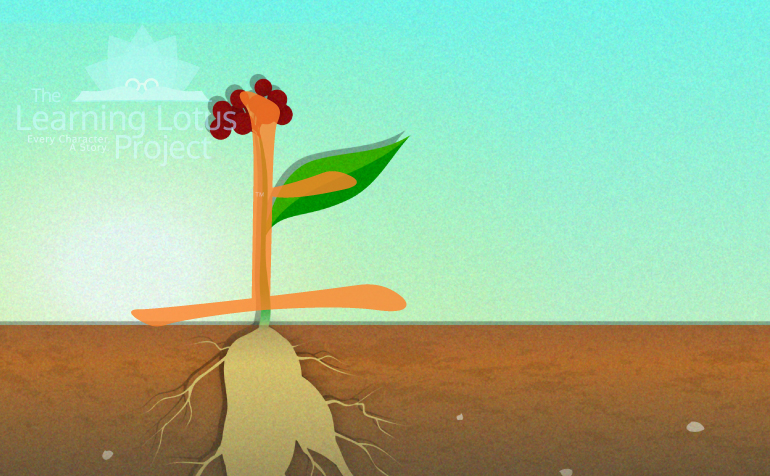 上 is an ideograph written with the 一 (yī) radical on the bottom. In its Oracle Bone form it was written with two horizontal lines, like the character 二 (èr), with the larger bottom stroke symbolizing the horizon or a base level, and the shorter horizontal line on top representing something above the horizon or base level. The relationship between the two lines gave the character its meaning “up”, “high”, or “above”. The current form of 上 shares similar characteristics with the bottom horizontal stroke symbolizing a base level such as the ground.

上 is a versatile Chinese character and has two pronunciations. The 4th tone is its primary pronunciation. The 3rd tone pronunciation is only used to describe the concept of the 3rd tone: 上声 (shǎng shēng). It can be used as a preposition to mean: “on”, “above”, or “over”. 上 can also be used as an adjective meaning: “last”, “prior”, or “higher”. Additionally, it can be used as a verb meaning: “to go up”. 上 can be combined with other characters to indicate position; for example, combining 上 with 楼 (lóu) “floor” forms 楼上 (lóu shàng) “upstairs”. It can also combine with other characters to indicate quality such as in the word 上等 (shàng děng) “fine”, or “superior”.