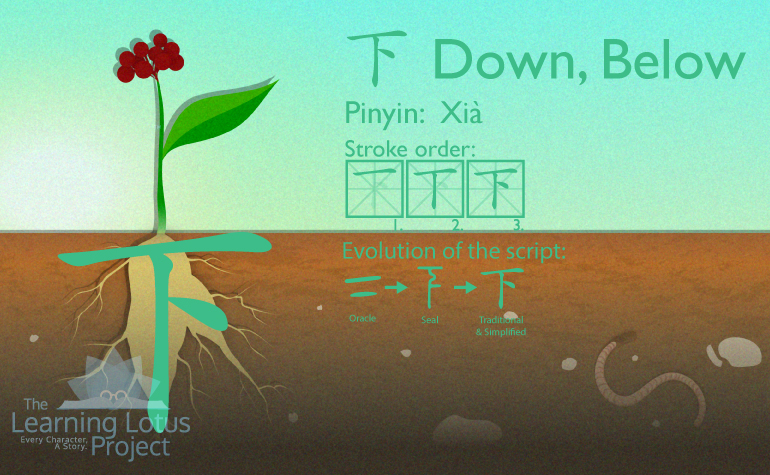 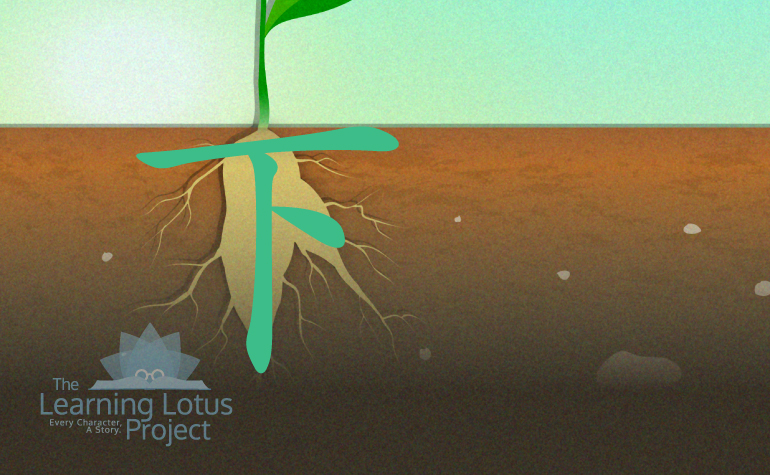 The opposite of 上 (shàng) is 下, which is also an ideograph and is written with the 一 (yī) radical on the top. In its Oracle Bone form it was written with two horizontal lines, the larger top stroke symbolizing the horizon or a base level, and the shorter horizontal bottom line representing something below the horizon or base level. The relationship between the two lines gave the character its meaning “down”, “beneath”, or “inferior”. Its current form shares similar characteristics with the top line (一 radical) representing a base level such as the ground.

Like its opposite 上 (shàng), 下 is a versatile Chinese character. For example, when indicating order, 上 refers to the last, or previous item, while 下 refers to the next item. And, it can also be used as a verb like in 下马 (xià mǎ) “dismount”, or 下车 (xià chē) “to get off (of a train or transport)”. Where 上 (shàng) is used to indicate superior quality, 下 can be used to indicate inferior quality such as: 上等 (shàng děng) “fine”, or “superior” versus 下等 (xià děng) "inferior".