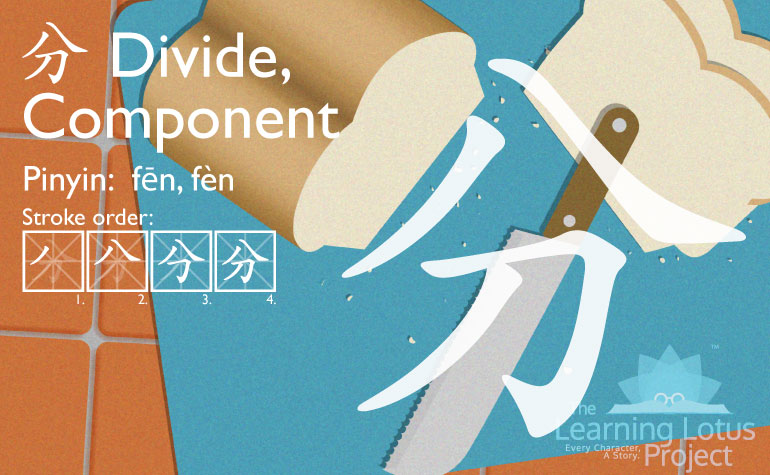 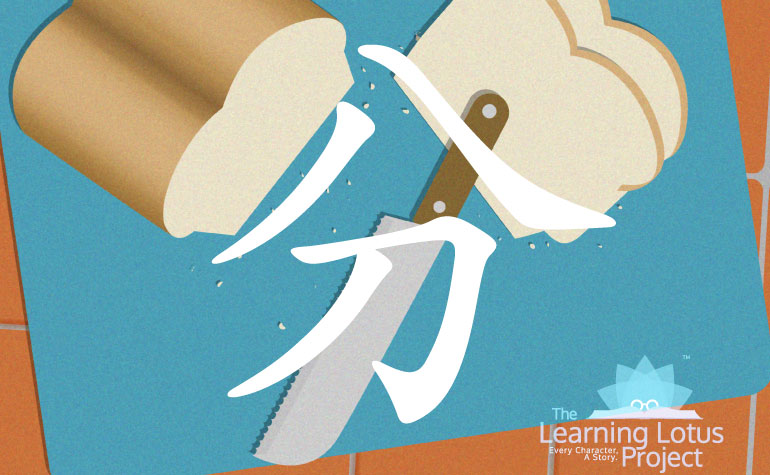 分 is written with the character 八 (bā), "to separate", above the 刀 (dāo) "knife" radical. The written composition of 分 illustrates the concept of dividing something by separating it into smaller portions with a knife.