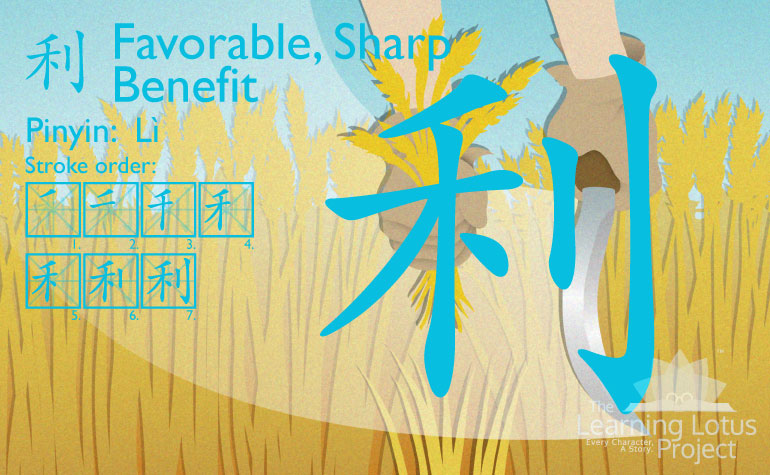 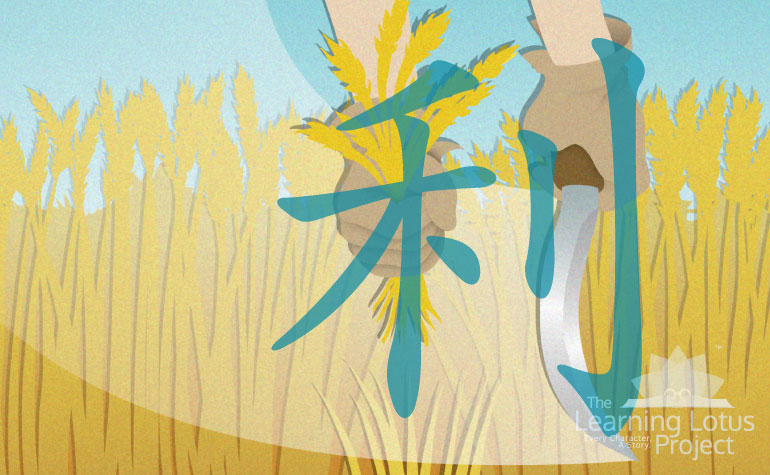 利 is a compound ideograph written with the 刀 (dāo) “knife” radical on the right and the character 禾 (hé) “grain, cereal” on the left. 利 visualizes harvest time, the knife cutting the grain. It reflects the rewards of time and energy invested in the grain (禾) that is harvested with a knife (刀) during harvest time. The harvest is favorable for and benefits the community; thus, 利 is most commonly used as the noun “benefit” or “profit”, like in the word 利息 (lìxí) “interest” (financial). However, when used as an adjective, 利 retains its original meaning “sharp”, like in the word 利口 (lì kǒu) "witty".