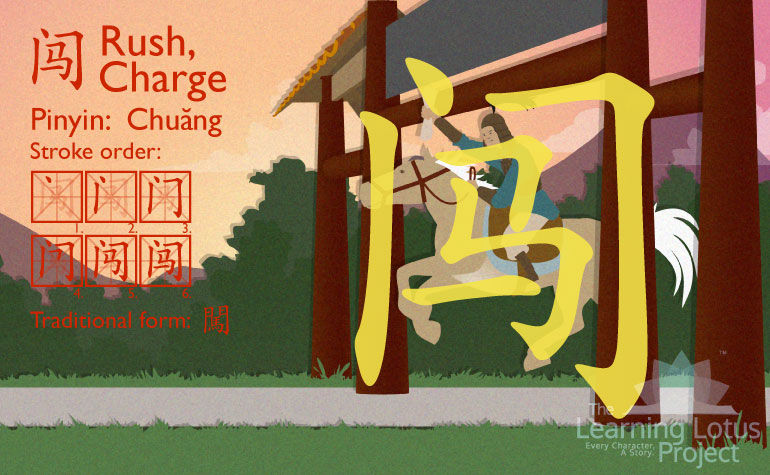 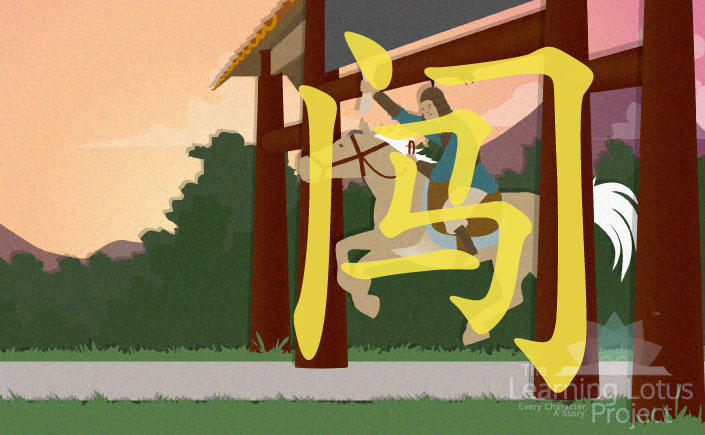 闯 is a compound ideograph written with the character 马 "Horse" inside the radical 门, "Gate, Door". The character 闯 visualizes a horse charging through a set of gates similar to how soldiers in ancient China would charge the gates of an enemy stronghold on horseback.