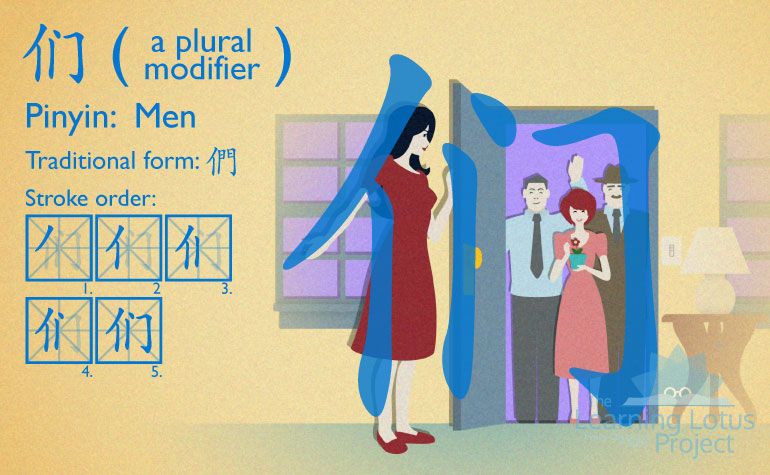 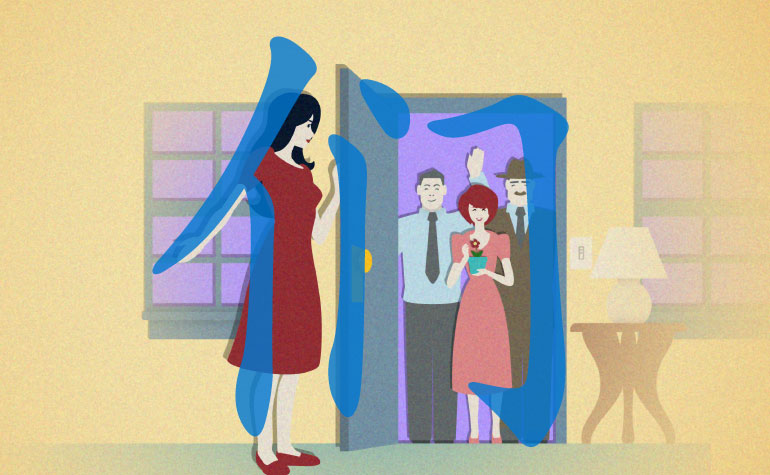 们 is a phono-semantic compound written with the 人 "person" (rén) radical on the left and the character for "gate, door", 门 (mén) on the right. 们 is a suffix added to the end of pronouns and human nouns to make the word plural. For example, adding 们 to the end of 我 (wǒ) “I” becomes 我们 (wǒmen) “us”. Similarly adding 们 to 他 (tā) “he” becomes 他们 (tāmen) “them”. Generally, 们 is not used with non-human nouns such as animals or items. Nor is it used when plurality is already indicated such as: 三个孩子 (Sān gè hái zi) “three children”.