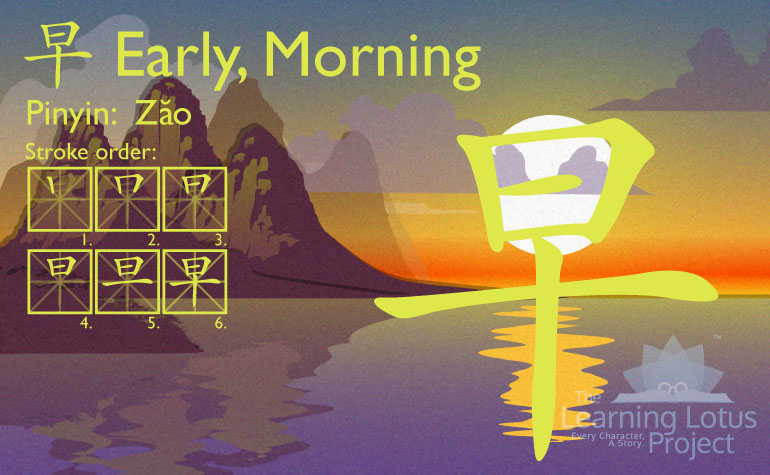 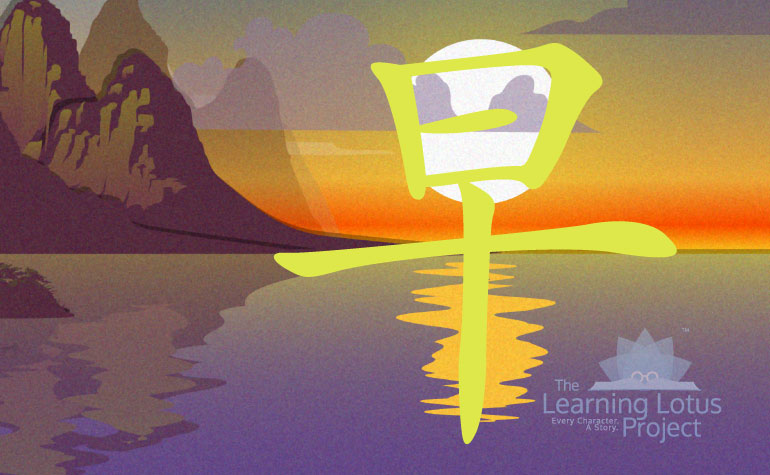 The character 早 has undergone significant changes over the centuries. In its Seal form 早 was a compound ideograph written with the characters 日 (rì) "sun, day" and 甲 (jiǎ) “armor”, referring to a time of day when soldiers could shield themselves from the sun with their armor. Over time 早 has been simplified to the radical 日 over the character 十, resembling the morning sun breaking over the horizon.

早 means “morning”, the early part of the day, and also “early” in the general sense as well. 早安 (zǎo'ān) is “good morning” in Chinese. 早 may also refer to things that are “young” or early in life, such as 早恋 (zǎo liàn) “young love”. Depending on its usage context, 早 can also mean “soon”, or combined with 已 (yǐ) “already” in 早已 (zǎo yǐ) to mean “long ago”.