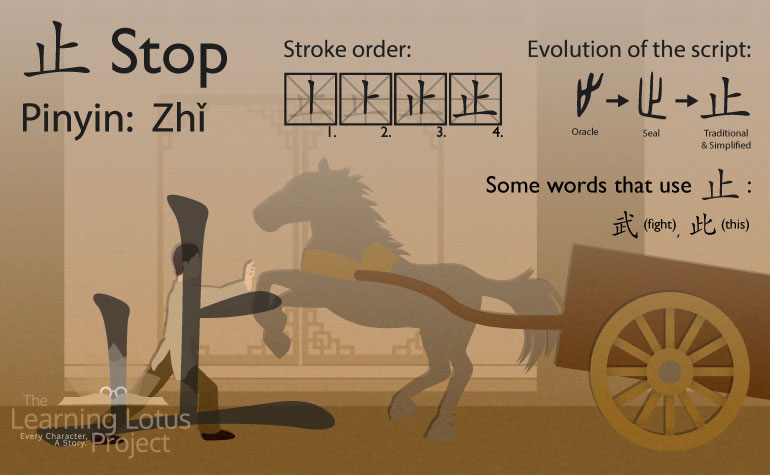 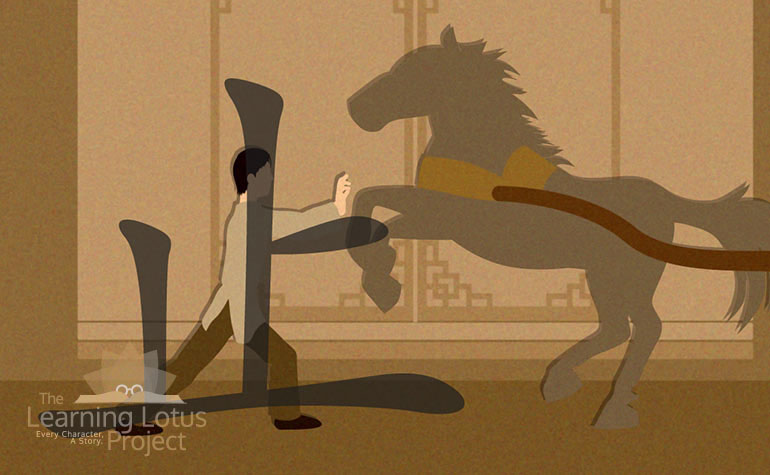 In the past, 止 meant "Foot". This meaning is illustrated in the Oracle form of this character, which is a pictograph of a footprint with splayed toes. Today "止" is used primarily for "Stop".

望梅止渴 (wàng méi zhǐ kě) is an idiom about fantasies. It translates to: "Wishing for a plum to stop (止) thirst." The idiom references a story about the famous general Cao Cao. On a Summer day, as he was leading a campaign his soldiers became very thirsty, slowing their pace to a crawl. Commander Cao Cao galloped on his horse to the front and pointed with his whip, saying "There is a plum forest ahead, the plums are ripe, delicious and thirst quencing." As his men thought of the plums they began to salivate which satisfied their thirst and improved their morale until they found water. The idiom tells us that fantasizing about something doesn't make it happen but it can be comforting.

When 止 is used as a radical, it can carry the meaning of "Stop" or it can refer to it's original meaning "Foot": 步 (to step), and 此 (this).