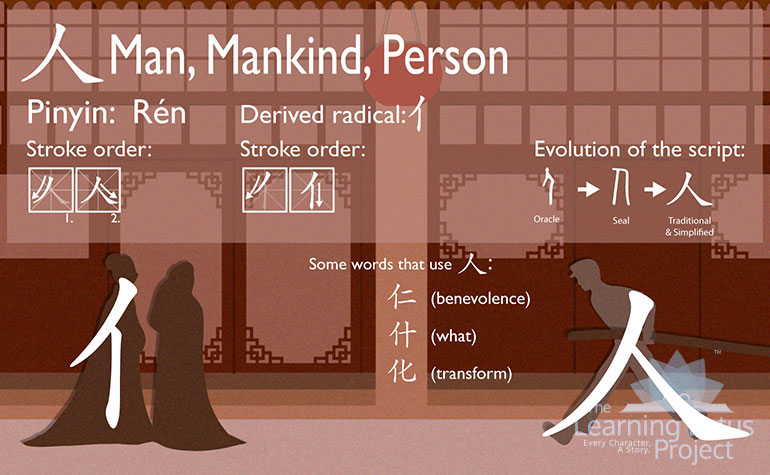 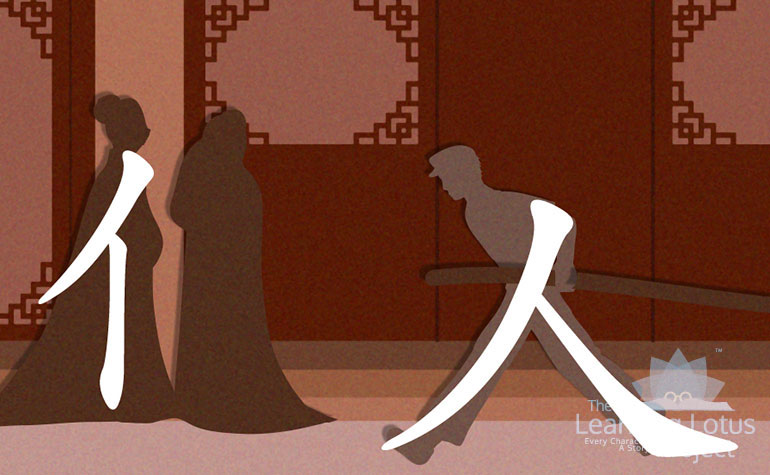 The Oracle form of 人 was a depiction of a standing person. This pictograph is one of the earliest representations of a human being in Chinese art, and is almost as simple as the character used today. 人 still retains a strong resemblance to a person, although the character has evolved from resembling a standing person to a walking person.

One interpretation of 人 is based on its stroke order: Piě, 撇 (downward left stroke) and Nà, 捺 (downward right stroke). Some believe that the way Piě (撇), and Nà (捺) lean against each other signifies how humans should support and help one another.

人 is a special character, when 人 is used as a radical on the left-side of a character, it is written "亻". For example, 什 (what), 仁 (benevolence), and 化 (transform). The radical form is written this way so it can better fit in a block with other components. You may notice the resemblance between "亻"" and the Oracle form of 人.