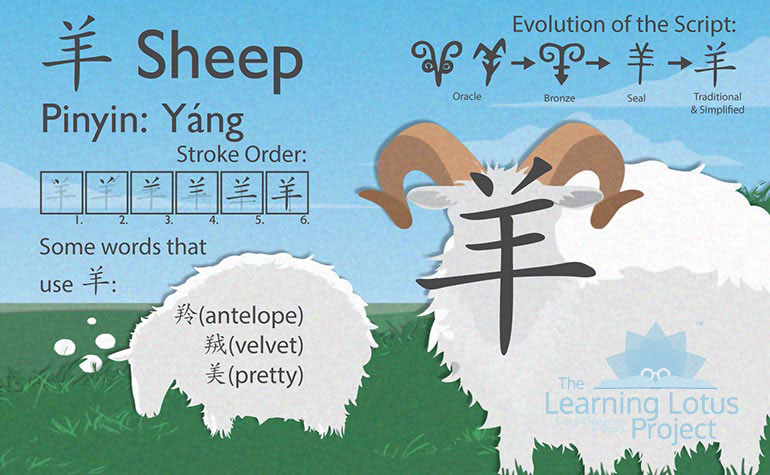 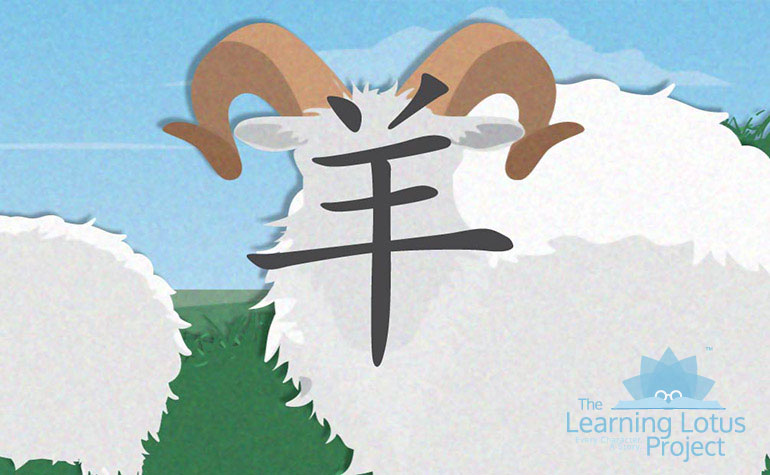 The Oracle script for 羊 closely resembles the oldest known picture of a sheep found on a fragment of pottery roughly six thousand years old. The horns are broad and strong and the eyes stare with rigidity. Although, with time many of the features have been simplified to basic lines and shapes, the current character 羊 still resembles a simple picture of a sheep.

The largest city and capital of Guangdong province, Guangshou is also nicknamed the "Five Sheep City". According to legend, long ago, the people who lived along the Pearl River (珠江: Zhū Jiāng) ate only fish, until one day five gods came to earth riding five differently colored sheep, each with an ear of rice in its mouth. The gods taught the people how to plant the rice and blessed the city against famine. The gods flew back to the sky, leaving the 5 sheep behind where they transformed into stones. The "Five Sheep Sculpture" in Yuexiu Park is one of the most famous landmarks in Guangshou.

羊 also means "goat" and is a popular radical used in many Chinese words such as: 翔 (fly), 羚 (antelope), 美 (beautiful), 养 (support). The goat is also the 8th sign of the Chinese Zodiac. Those born under the 羊 sign are said to be elegant, artistic and charming.