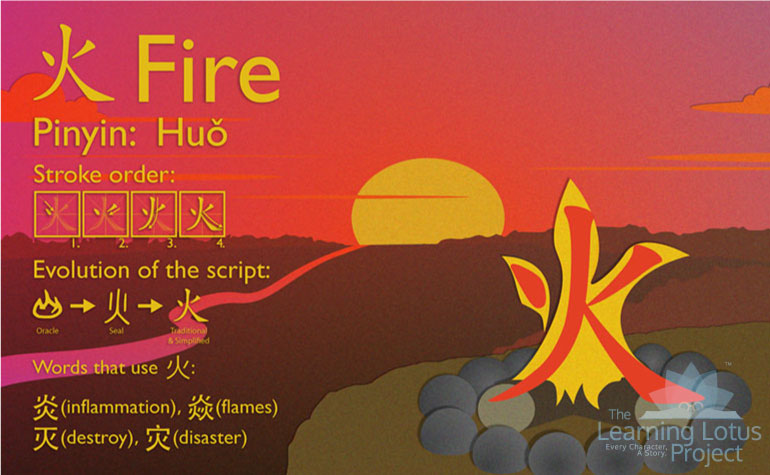 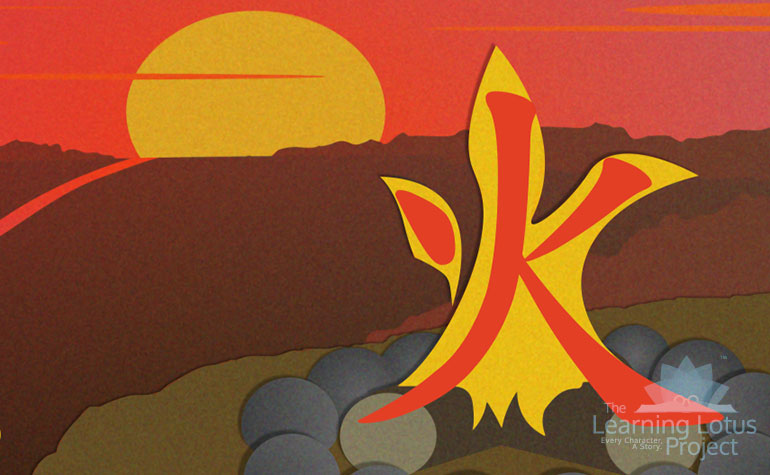 This character's Oracle Bone form is a simple drawing of a flame. The shape of the flame was tall and jagged like a mountain and the oracle scripts for 火 and 山 reflect this similarity. The modern form of 火 still shares many similarities to the shape of a flame making it an easily recognizable character.

Chinese legend tells of 燧人 (Suiren), the discoverer of fire. In ancient China, before the discovery of fire, people could only eat raw food, illness was rampant, life expectancy was short, people were afraid of the dark, and suffered from the cold. 燧人 climbed mountains and overcame floods and great hardship to obtain fire and bring it back to his people and country. With their new-found fire, the people were able to come out of the darkness and enter the light of civilization. Today, the characters " 燧人" also mean a person who makes fire.