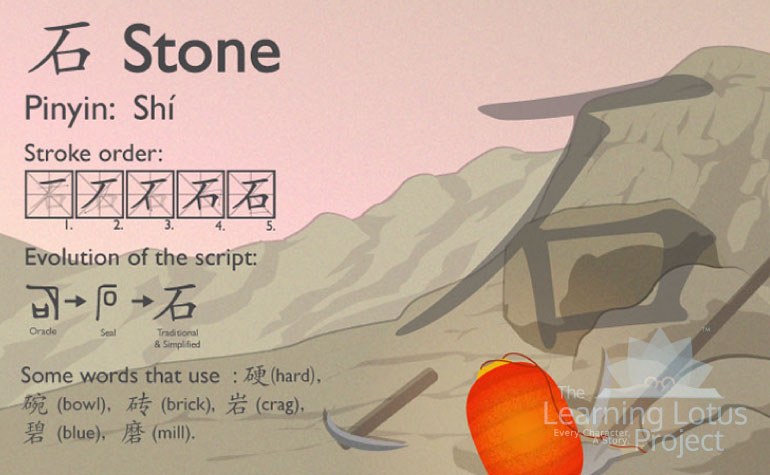 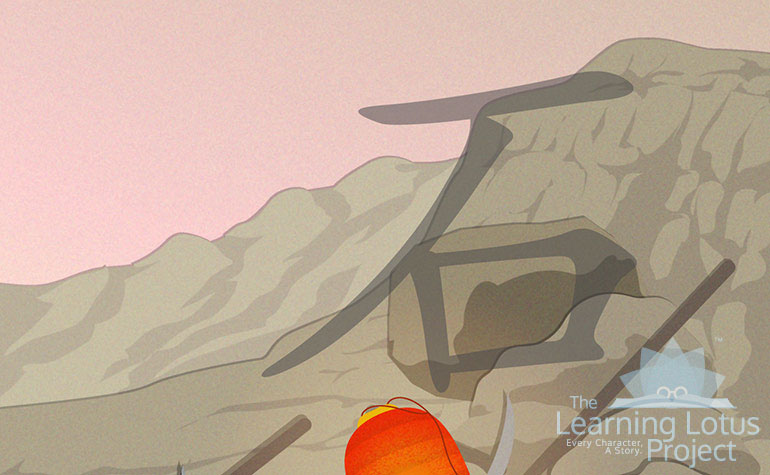 In earlier forms of 石, the upper strokes were written exactly like the character for cliff: 厂 (Chǎng). Under the cliff there is a boulder represented by a square. In its current form, the top stroke extends further to the left but it still retains the visual elements of a boulder under a cliff.

The original title of the famous Classical Chinese novel Dream of the Red Chamber, 红楼梦 (Hónglóumèng), was The Story of the Rock, 石头记 (Shitou ji). It is a masterpiece of Chinese literature, with a large cast of characters, and is praised for its detailed and accurate depiction of the lives of the aristocracy during the 18th Century Qing Dynasty. This novel is one of China's Four Great Classical Novels, 四大名著 (Sìdàmíngzhù) and Redology, 红学 (hóng xué), is the field of study exclusively dedicated to this novel.