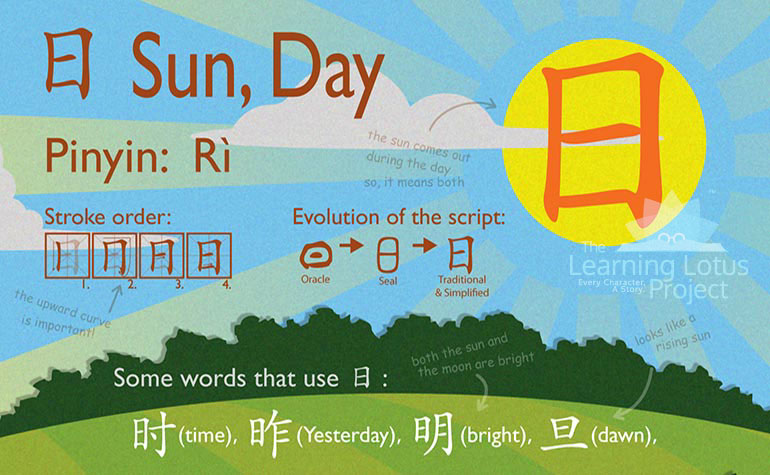 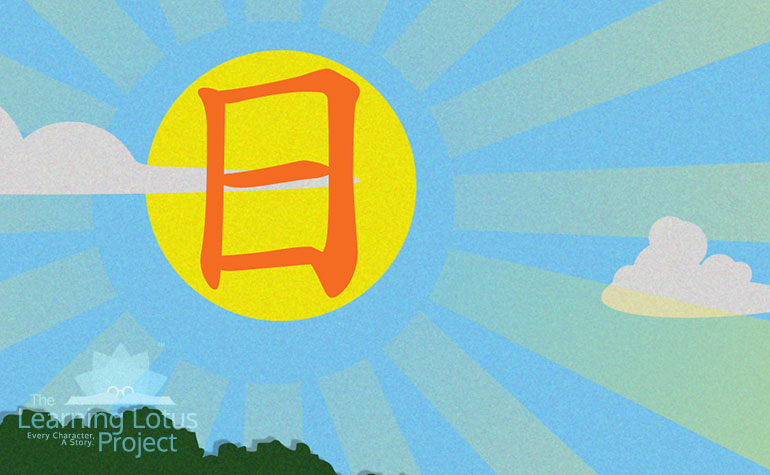 The shape of the natural sun inspired the earliest written forms of this character. The writing style for 日 has changed over the centuries, gradually transforming into the character used today. We can still imagine the sun when we read 日.

日 has two meanings: "sun" and "day". 日 is also an improtant radical. It forms many Chinese characters such as 时 (time), 明 (bright, clear), and 早 (early).

“夸父追日” ("Kua Fu Chasing the Sun") is a famous Chinese fable. The legendary story of Kua Fu, the leader of mighty giants who lived deep in the forest in the North, began when the sun's intense heat dried the rivers, scortched the earth and caused great suffering to the people. To help his people, Kua Fu aspired to catch the sun and tame it. Sadly, Kua Fu was unable to tame the sun and perished trying. But his hard work and determination granted lushness to the Earth. This fable reflects the strong will of the ancient Chinese people to overcome drought. Kua Fu's undying spirit continues to inspire Chinese people today.