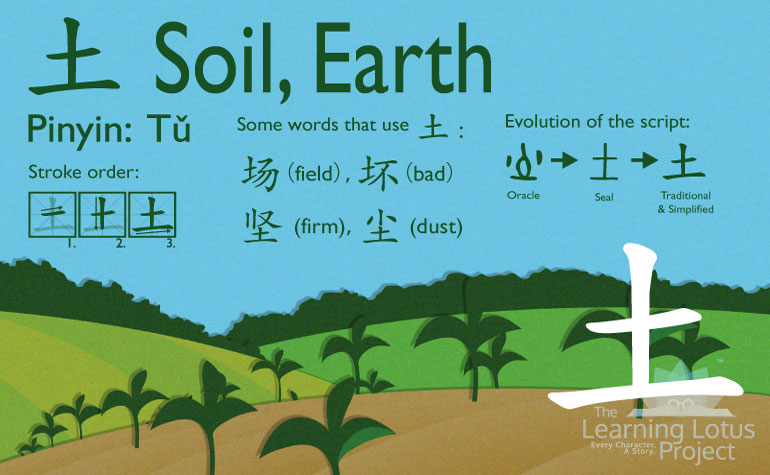 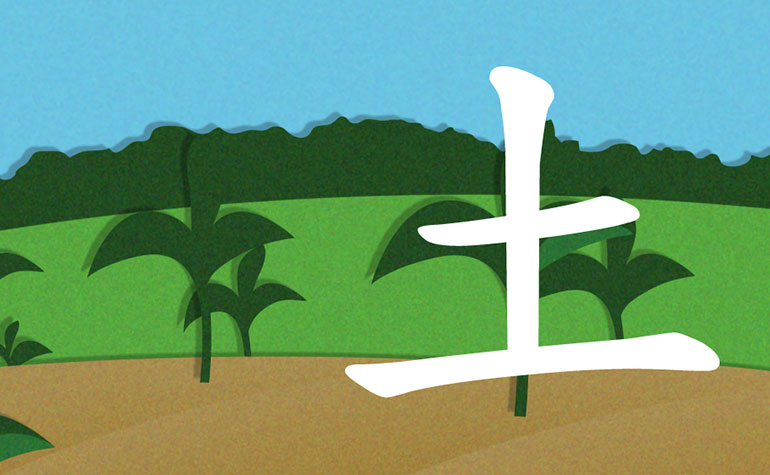 The Oracle script for 土 depicts a plant sprouting up through the earth. The current form of 土 still resembles this with the long horizontal lines for earth, and the vertical line depicting the seedling.

In Chinese culture, 五行 (wŭ xíng), The Five Phases, are used to explain a wide variety of phenomenons and is primarily concerned with process and change. 土 is one of the five phases interacting with 木 mù (Wood), 火 huǒ (Fire), 金 jīn (Metal), and 水 shuǐ (Water). Five planets are associated with the phases and named after them: Jupiter 木星 mùxīng is 木 (Wood), Mars 火星 huǒxīng is 火 (Fire), Saturn 土星 tǔxīng is 土 (Earth), Venus 金星 jīnxīng is 金 (Metal), and Mercury 水星 shuǐxīng is 水 (Water). The five phases describe two cycles of balance, the generative cycle and the destructive cycle.