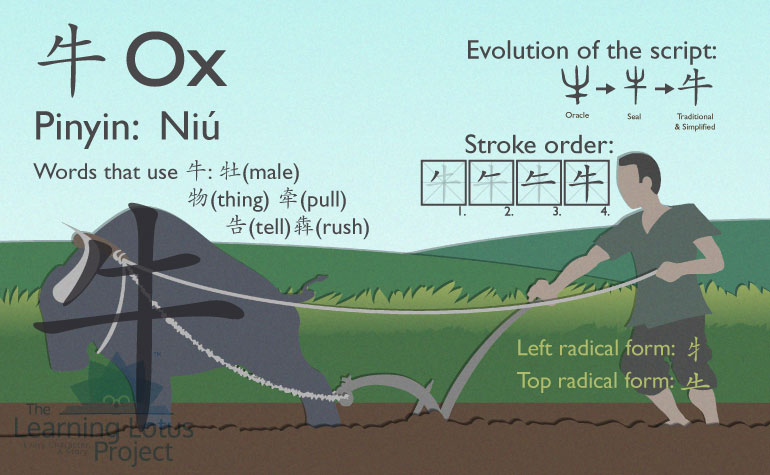 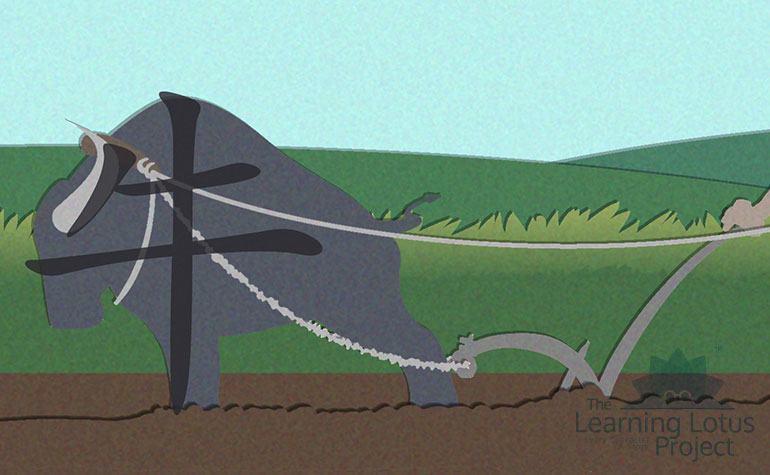 The Oracle script for 牛 clearly portrays an ox and is another great example of a pictograph. This character's written form has not changed drastically over the years with the similarities to an ox still visible in its current form: 牛.

Since ancient times, most heavy agricultural labor has been performed by a type of oxen called 水牛 (Shuǐniú), water oxen. Even today, it is not uncommon for farmers in rural regions to use oxen for their strength and power because the oxen's power is equivelant to the power of a small tractors. In China, the 牛 is regarded as a symbol of spiritual strength.

牛 is the 2nd of the 12 signs in the Chinese Zodiac. People born under the 牛 sign are believed to be persistent ,hardworking and idealistic.