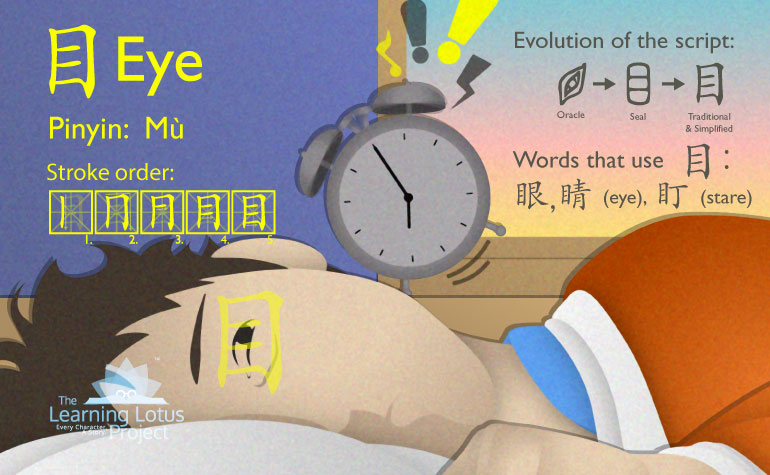 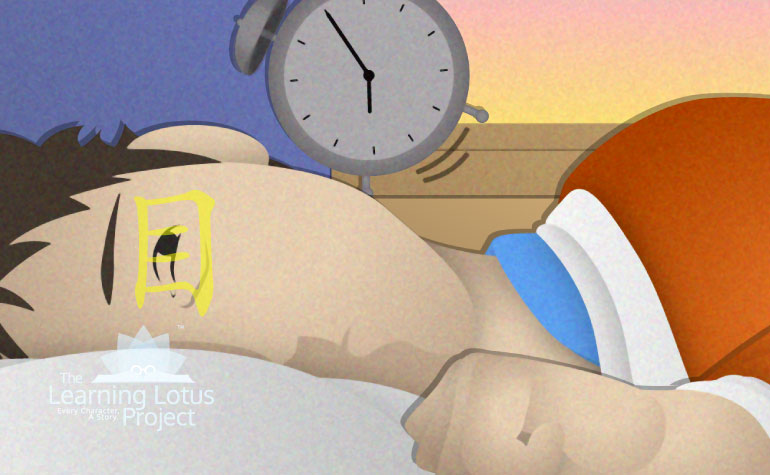 Along with 子 Zĭ, 目 is another one of the earliest characters created in Chinese. The Oracle script clearly depicts the distinctive shape of a human eye. During the standardization of Chinese scripts in the third century B.C., this character became vertical with straigtened lines. Knowing how the script evolved, the similarities between it's Oracle and modern forms can be easily observed.

“目不识丁”（mù bù shí dīng) is an idiom in Chinese referring to illiteracy. 丁 (dīng) is one of the simplest single characters to recognize in Chinese and if an individual can not read this simple character, then he/she is considered completely illiterate.