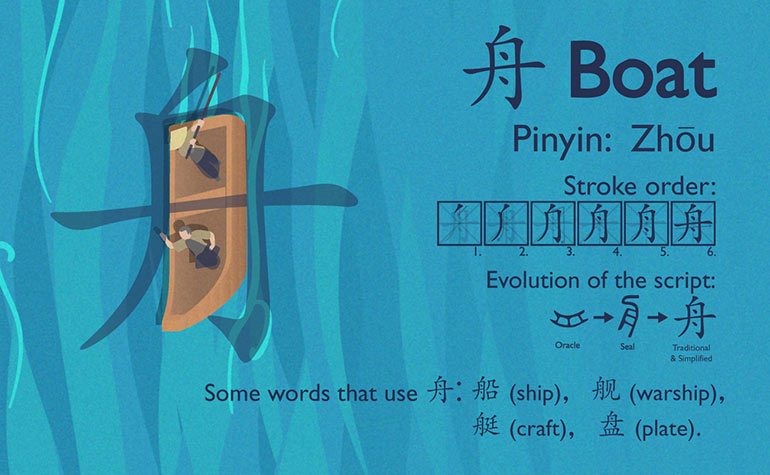 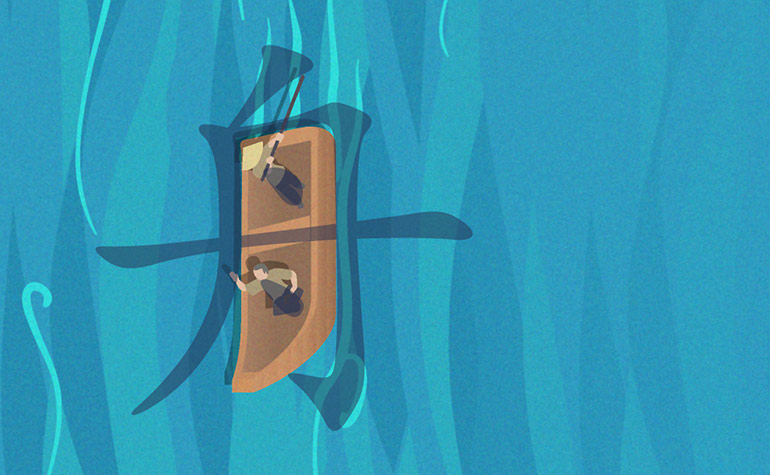 The shape of the Oracle script for 舟 was taken from the curved wooden boats used by Chinese people at the time. The changes for 舟 from its ancient Oracle script to its current form have been relatively minor.

China has a long and extensive Naval history. Chinese ships were believed to have developed and incorporated advanced ship designs such as bulkheads and cross-beam supports well before other Navies. In the early 15th century, China was the leading Naval power in the Pacific Ocean.