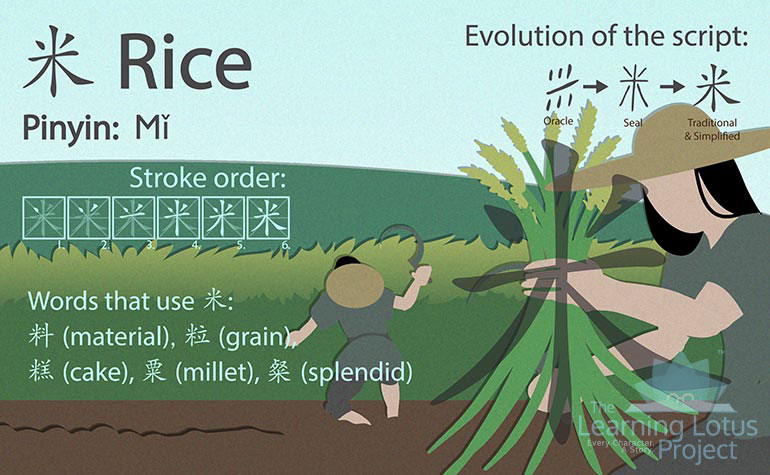 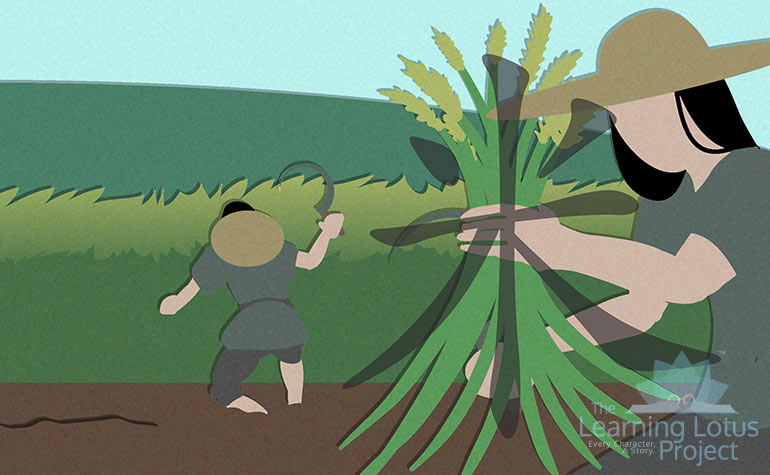 In the Oracle bone script, grains of rice (the three dots on the top and bottom) are being separated (the horizontal line) from the chaff by threshing. Though it has been simplified, you can still see the similarity between 米 and it's Oracle form.

The oldest evidence of rice consumption was found at Yuchanyan Cave in Hunan province and date roughly between 12,000 and 16,000 years old. It is one of the oldest food crops and half of the population of the world eats rice as a major part of their diet. In China, if someone is 88 years old they are said to be in their "米寿" (Mǐshòu) or "Rice Year" because the character 米 looks like a compound ideogram of the characters for 88 (八十八), where the "十" (ten) is sandwiched between the two "八" (eights).

米 is also the phonectically derived word for measurement "meter" because the "me" in meter and 米 (Mǐ) share a similar pronounciation. 米 can be found as a radical in many words including: 料 (material), 粒 (granule), and 糕 (cake).