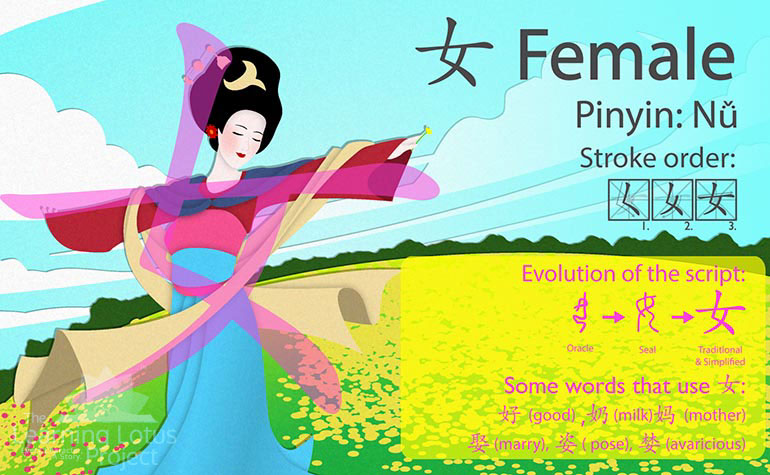 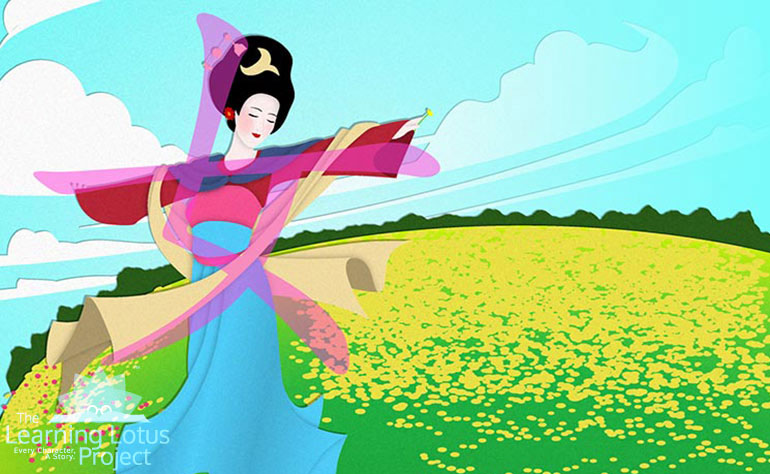 The Oracle script for 女 depicts a woman kneeling with her arms crossed in front of her. The character is a stark reminder of the submissive and deferring role that women had in early China.

Women's rights became an important priority after the establishment of the People's Republic of China in 1949. The 新婚姻法 (Xīn Hūnyīn Fă) or The New Marraige Law of 1950 put in place many social reforms that made women and men equal before the law in both society and at home and, among other rights, it gave women the right to retain their family name after marriage.