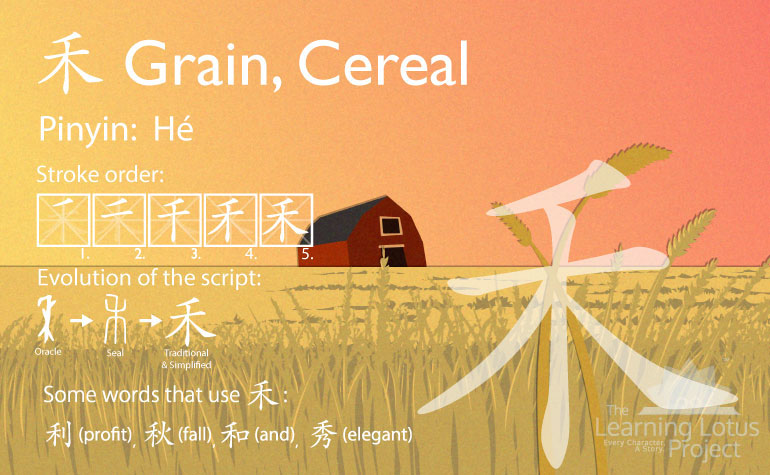 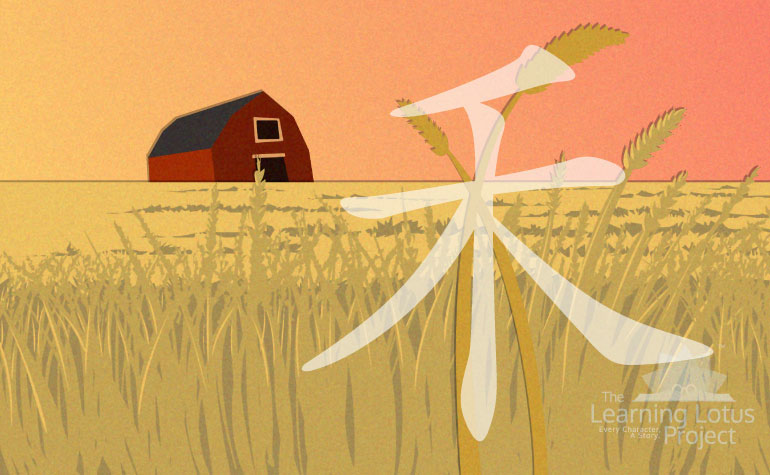 The Oracle form of 禾 has a strong resemblance to the Oracle form of 木, "Tree". Both characters are pictographs that depict plants with roots and stems, however the Oracle for 禾 shows a ripe ear of grain on top. In the modern form for 禾, the fruit of the grain became a single stroke on top.

The idiom “风禾尽起” (Fēng hé jǐn qǐ ) comes from a story about 周公 (Zhōu Gōng). After the death of King Wu of Zhou, the first ruler of the Zhou Dynasty, the deceased King's brother Zhou Gong helped his son, King Cheng Zhou, rule the country. But, the young King Cheng Zhou did not trust Zhou Gong, and didn't listen to his advice. The country started to decline and heavy winds blew the crops down. When the young King Cheng Zhou had a change of heart and took the advice of Zhou Gong, the country found peace and prosperity and a strong wind restored the crops. The moral of the story is: If you do the right thing even the heavens will move for you.