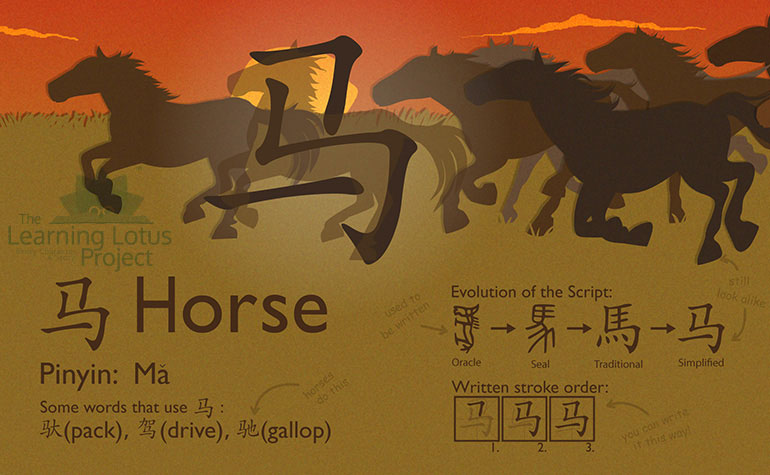 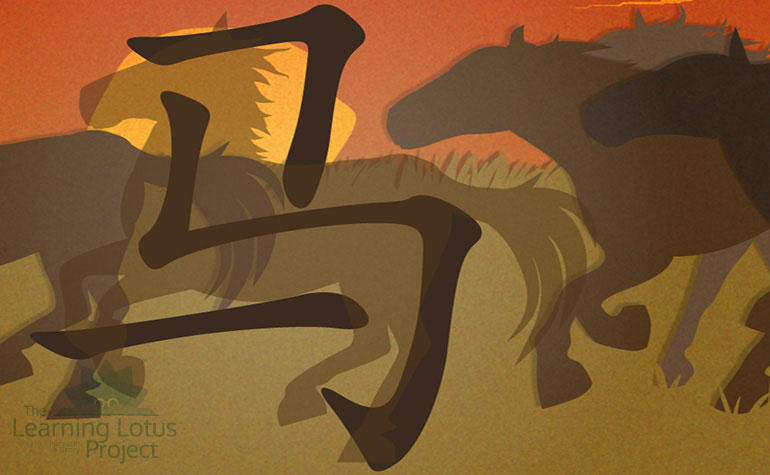 In Chinese culture, 马 is respected for its hardworking spirit and is an important motif in Chinese mythology. 马 is often referenced in Chinese culture (2014 is the year of the 马) and literature (Lu You's poem "Rainstorm on Nov. 4th") and featured in many Chinese paintings (Xu Beihong's "Galloping Horse").

马 is also a radical and is used to form many different Chinese characters: 驰 (gallop)，驮(pack)，驻 (resident).