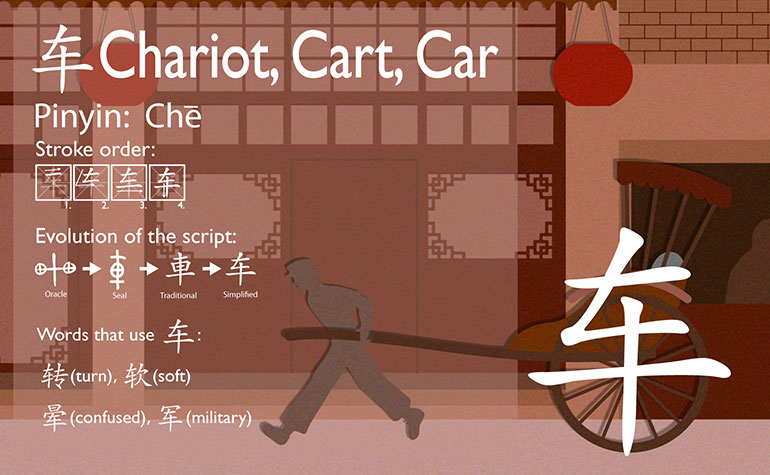 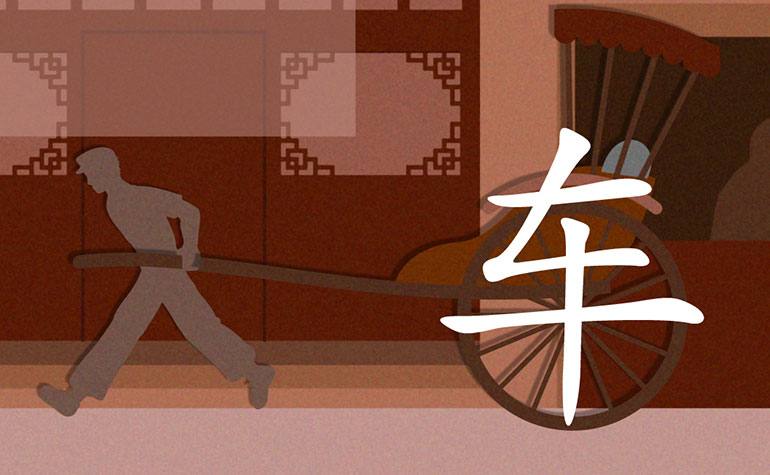 The character for 车 is found often on oracle bones. Its earliest Oracle forms depicted a two-wheeled cart, sometimes with an attached yolk.

The earliest known types of 车 in china were the hunting and war chariots used by the country's ancient rulers. In these times, hunting and war were integral aspects of people's lives, and chariots offered an advantage in mobility for those who possessed them.

车 has derived to mean "car" even though the original creators of this word would have had no concept of modern cars. Many characters use this radical as a component, some on the left: 转 (turn), 轻 (light), 软 (soft), some on the bottom: 晕 (dizzy), 军 (army), 辈 (generation). It is also used in compound words that refer to a wheeled device such as 马车 mǎchē (carriage), 车子 chēzi (car), 火车 huǒchē (train) and 自行车 zìxíngchē (bicycle).